The Iowa State Cyclones beat North Carolina 85-83 in the third round of the NCAA men's basketball tournament this year, sending the team to the Sweet 16 for the first time in almost 15 years. It was a big deal for the school, its alumni and the state at large, obviously, so the Register went big with it.

It's always fun to get to work on pages like these, but I'm sharing it now because it was apparently named a "finalist" for one of Gannett's 2014 first quarter awards of excellence for design among the company's Division 1 papers, among which Des Moines competes with the staff and designers for the Arizona Republic, the Detroit Free Press, The Indianapolis Star, The Tennessean, and the Fort Myers News-Press. So, pretty cool, overall. 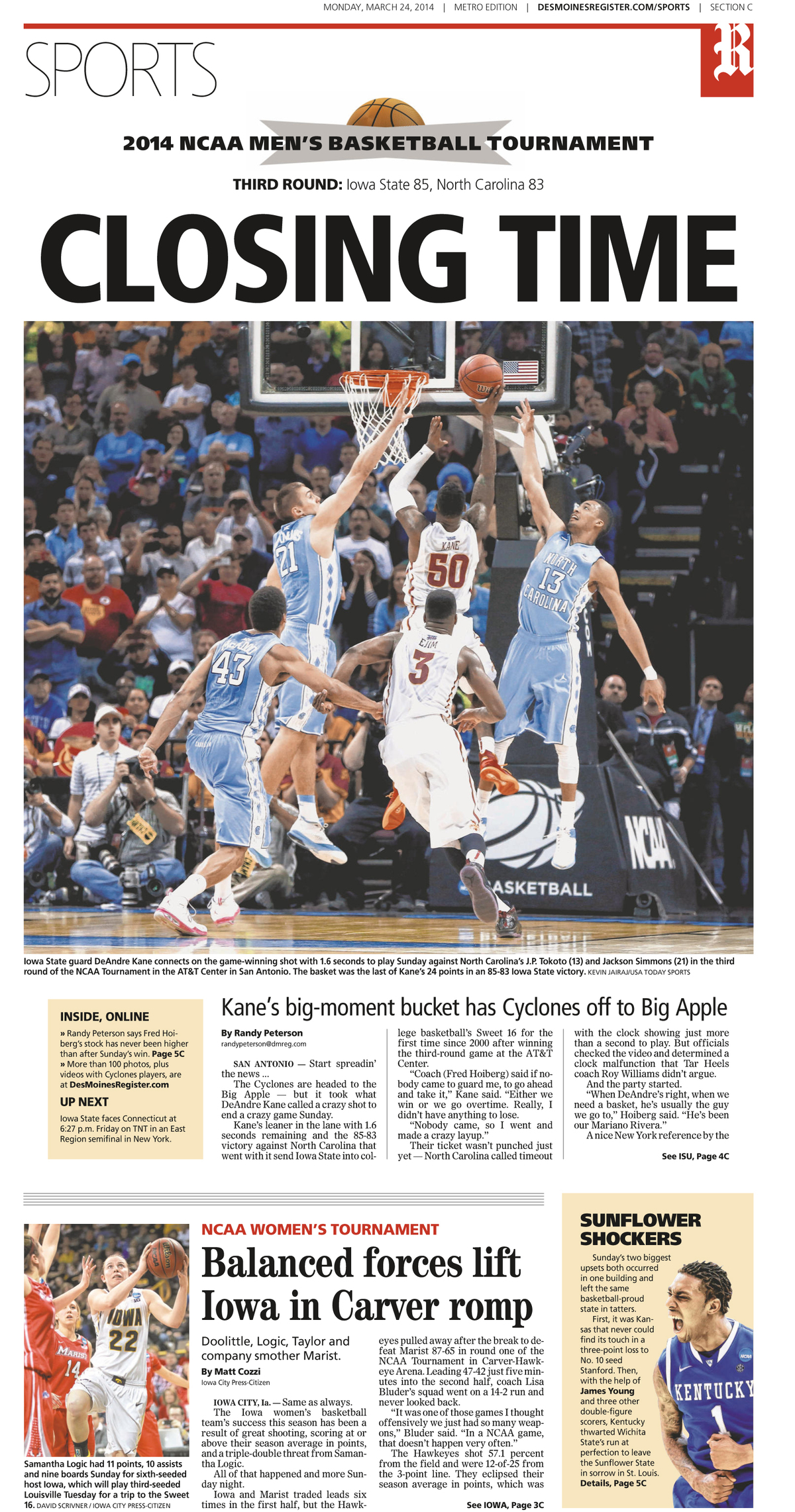