Hard to belive. Thanks to everyone for supporting NPD all this time. Gail Bichler and team continue to do powerful work at The New York Times Magazine, this time with a brilliant image by @jackdavisonphoto.

Several decisions contributed to the power of the image, especially the intimacy of being uncomfortably close, amplified by the the ultra-tight crop. The use of stark black and white abstracts the image further and emphasizes the incredible textures of the rhino's skin.

To compaound  that intimacy, the headline is so small that the reader must draw closer yet to read the copy. Brilliant contrast of scale.

For credits and more, check out @coverjunkie. 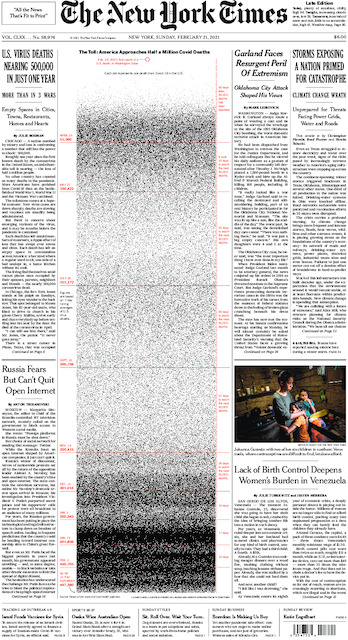 This cover depitcts COVID deaths as COVID in America approacheds a half-million deaths, with the density of dots depiting he rate of deahs over time. 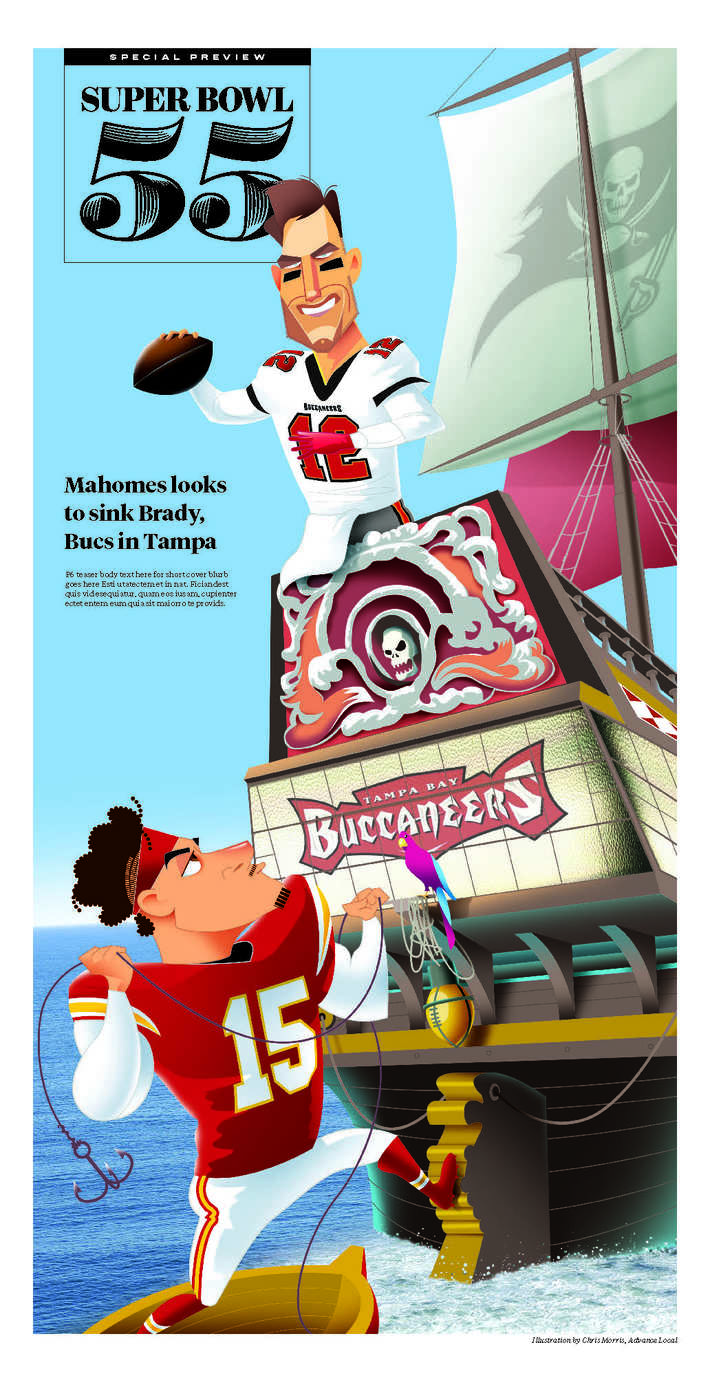 Hey, I am only showing our own cover because it's available. Ok,I am also really a fan of Chris's work. Would love to see your pages. I hope that your year is off to a good start. Although things are a little precarious in this country, I am trying to think positive about the coming year. The sun is shining today. I am starting to get out from under a mountain of work. That's good enough.

The best things about this work often come from the people with whom we work. They keep me showing up for more. Here's a recent page by a couple of them.

There has been some powerful journalism, both frightening and inspiring, coming from the recent events. I would love to see more of what your publications have been doing. Thanks to all that have been posting. Many of us have been prepairing for what could be the most important election in our lifetime.

On top of that, we just launched all of our papers into a new system that we developed ourselves – the raining wheels are still on. Thankfully, the staff has been patient with all of the burps and bugs of a new system. We're doing our best to get ahead with planning and blocking out pages in advance.

Hope you all are ready and well. Best of luck to us all.

My apologies for being somewhat asbsent lately. We wrote our own content management system and it is launching this month.

It's been quite a challenge, as the Advance Local Print Lab handles 21 newspapers and their ancillary products in a single system, so everyone launches at once. I'm very grateful for a staff with such professionalism and patience, as they have been our test pilots while doing their daily jobs.

The software is currently referred to as Basikly, as it is intended to be easy to learn and use. We're very excited to be in the last stage of development. 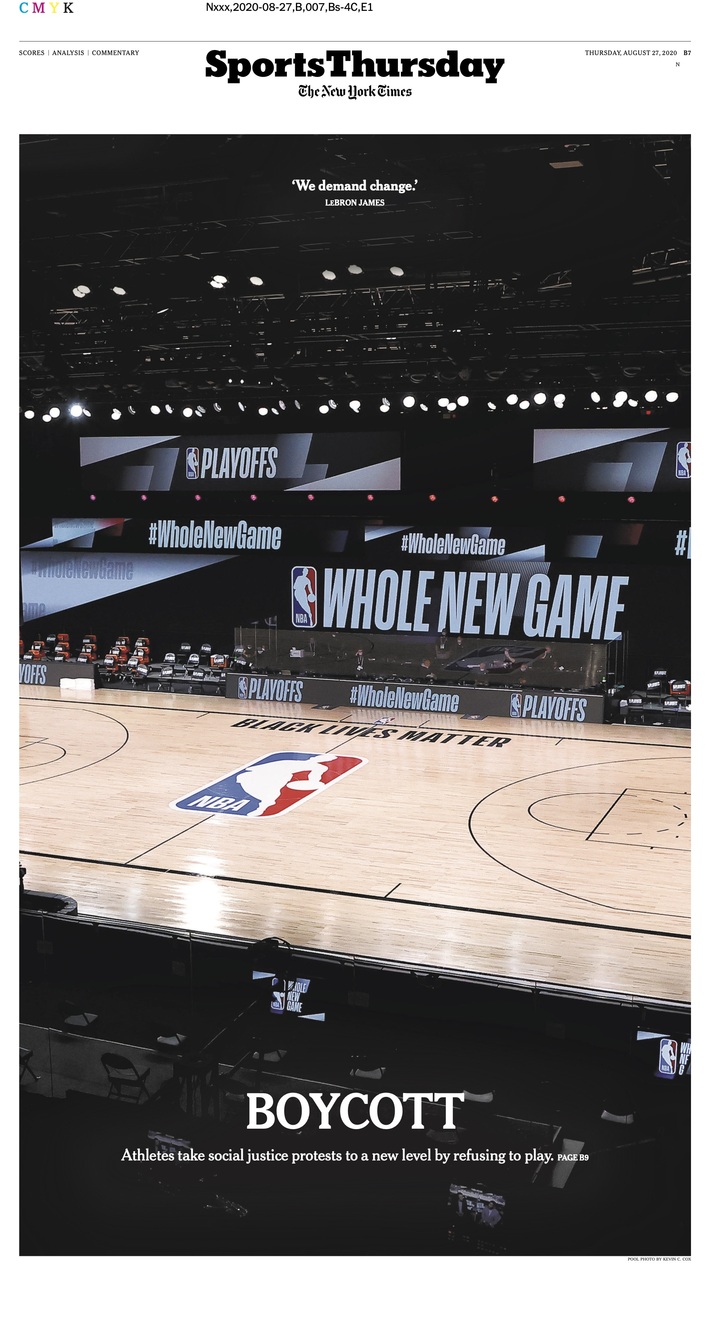 I thought this page by Andrea Zagata of the New York Times was a great response to this week's boycott. Really smart. 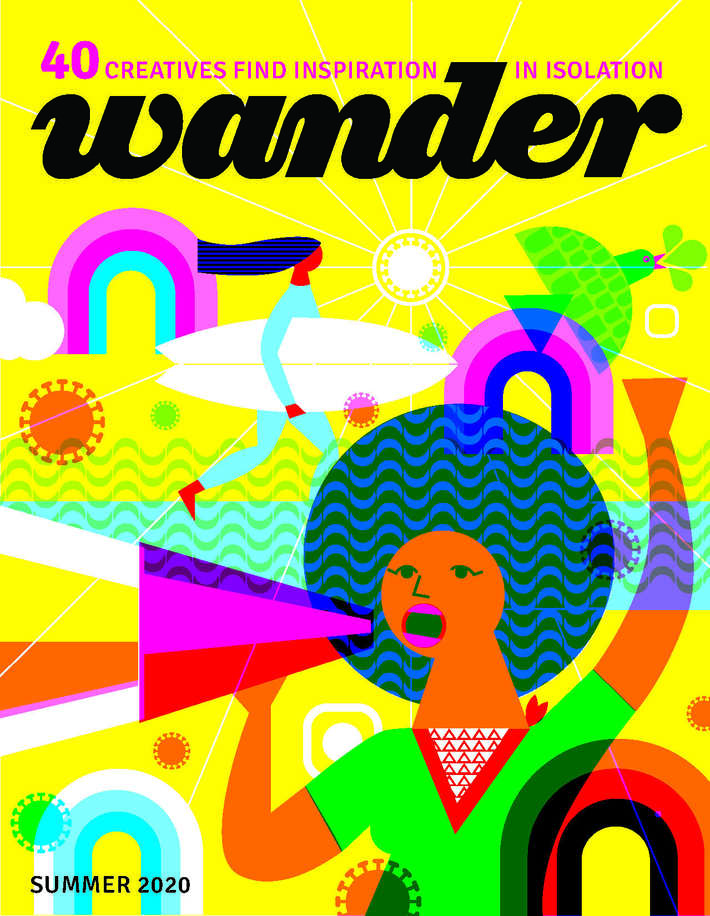 It's a good time to celebrate some creativity.

I am a little late in posting this but if  you haven't had a chance, you might want to check out Wander Magazine, started by designers Suzette Moyer, Sara Quinn and Kris Viesselman. This issue features the work of 40 creative women.

Go to wandermag.design to read the whole pdf edition. 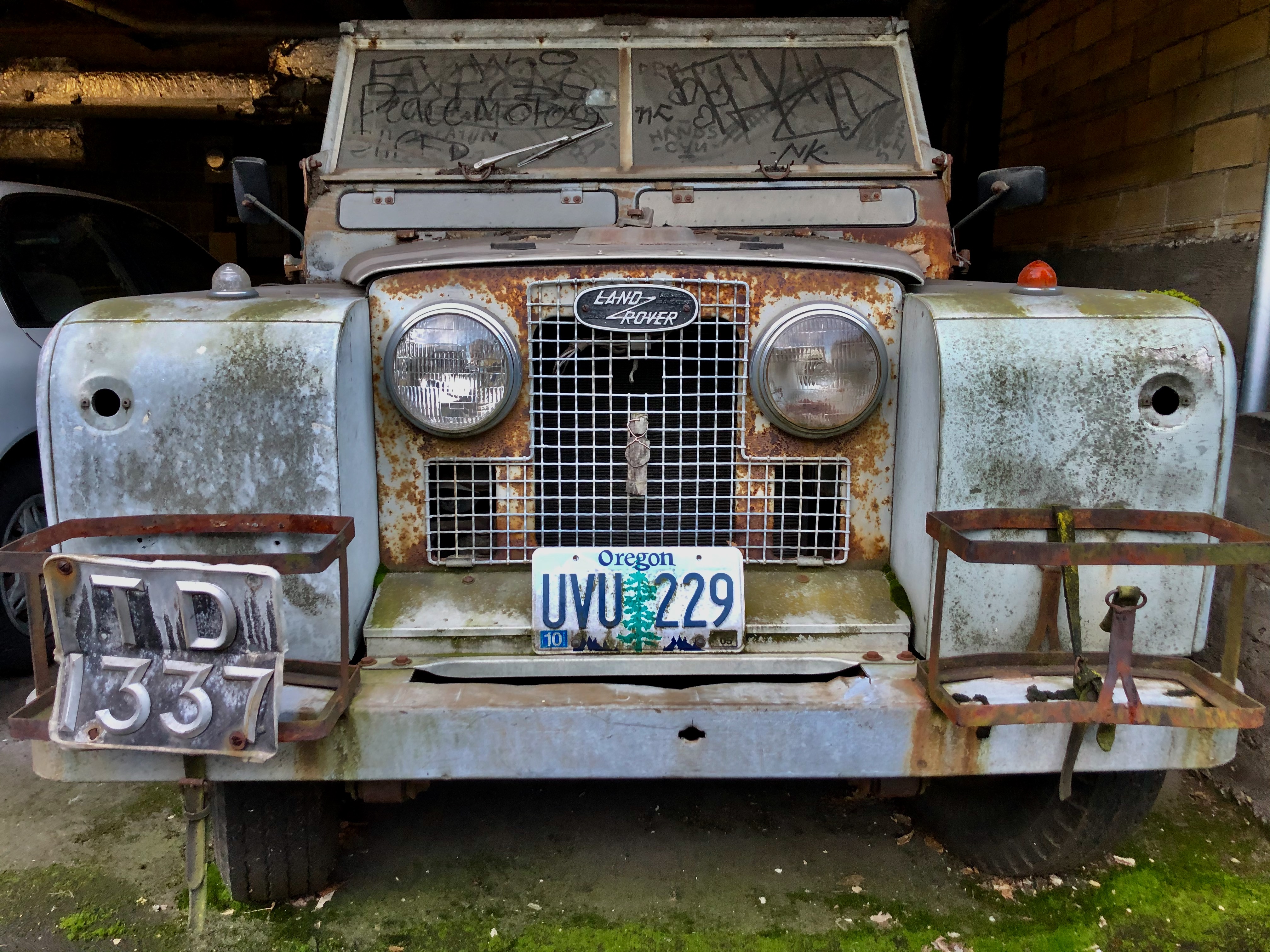 I want to start sharing important work that is happening across the industry.

This cover illustrates an essay by Nikola Hannah-Jones. “If black lives are to matter in America, the nation must pay its debts.”

If you couldn't get into the site recently, it's because I messed up again while trying to get the newspagedesigner.org domain hooked up properly. Thanks to eveyone for sticking out out, as I stumble to get the DNS settings on the sight to work. Not my wheelhouse.

Once this is fixed, we can consider the site done.

In the meantime, please let me know if you experience an issues or have any questions.

The goal here was to take advantage a newer platform, one that is simpler and more visual than what was available when the previous version was built.

The old site was developed when people had slower connectivity and consequently, the page previews were like postage stamps. Larger, higher-resolution images are important to the design. To that end, the navigation runs vertically on the left edge of the page to allow a more vertical space to view the pages. It's still a work in progress and you'll probably see some experimenting aloing the way. Questions and helpful comments are welcome.

And finally, this needs to be more than a design update. I am hoping to create some unique content and include content from other platforms to share some of the best work in our business. We began this process during the world-wide COVID-19 pandemic, but before George Floyd's death at the hands of Minneapolis police. It's a tragic time and an important time for all of us to be in this business, bring light to truth and try to make a difference in the world.