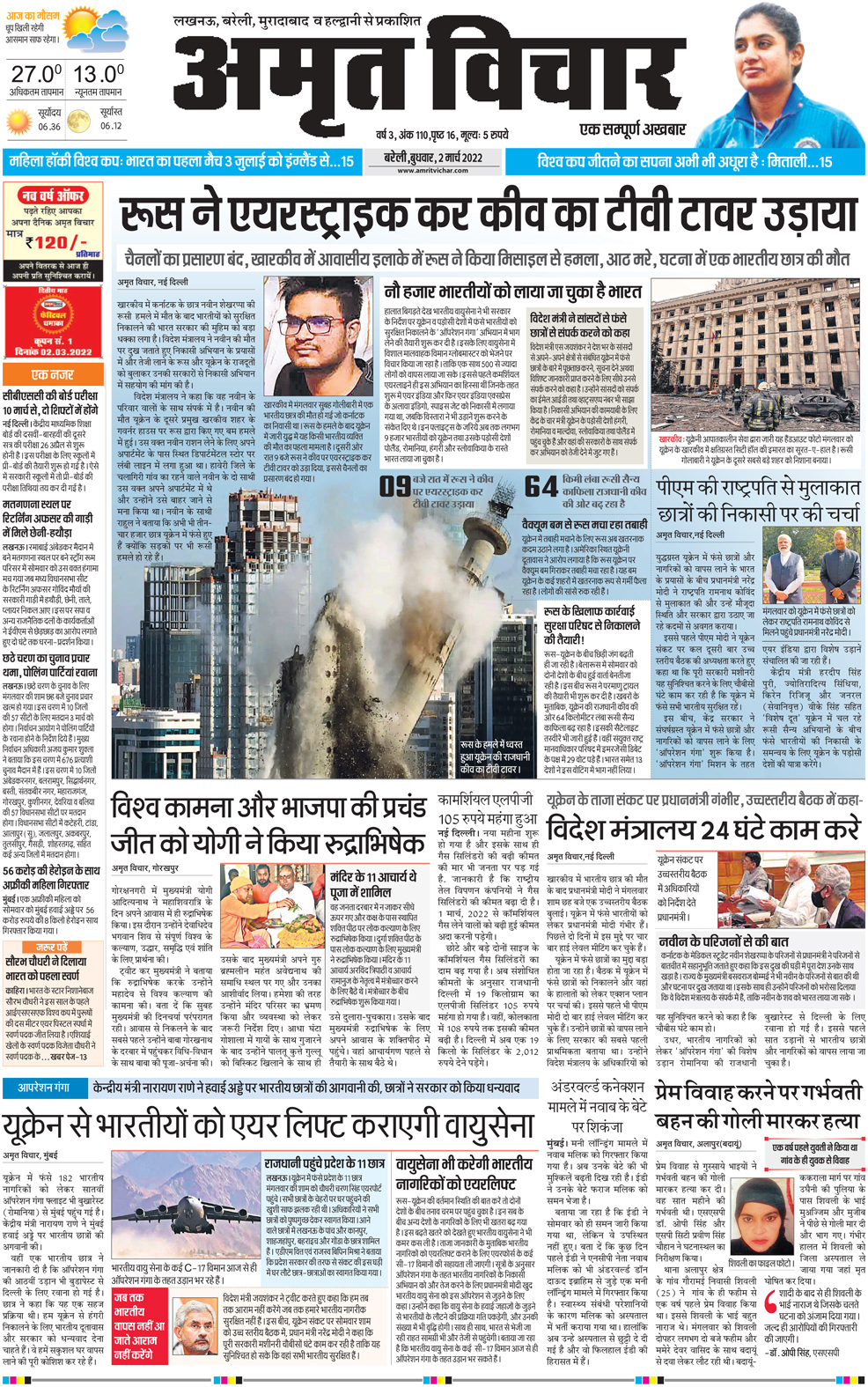 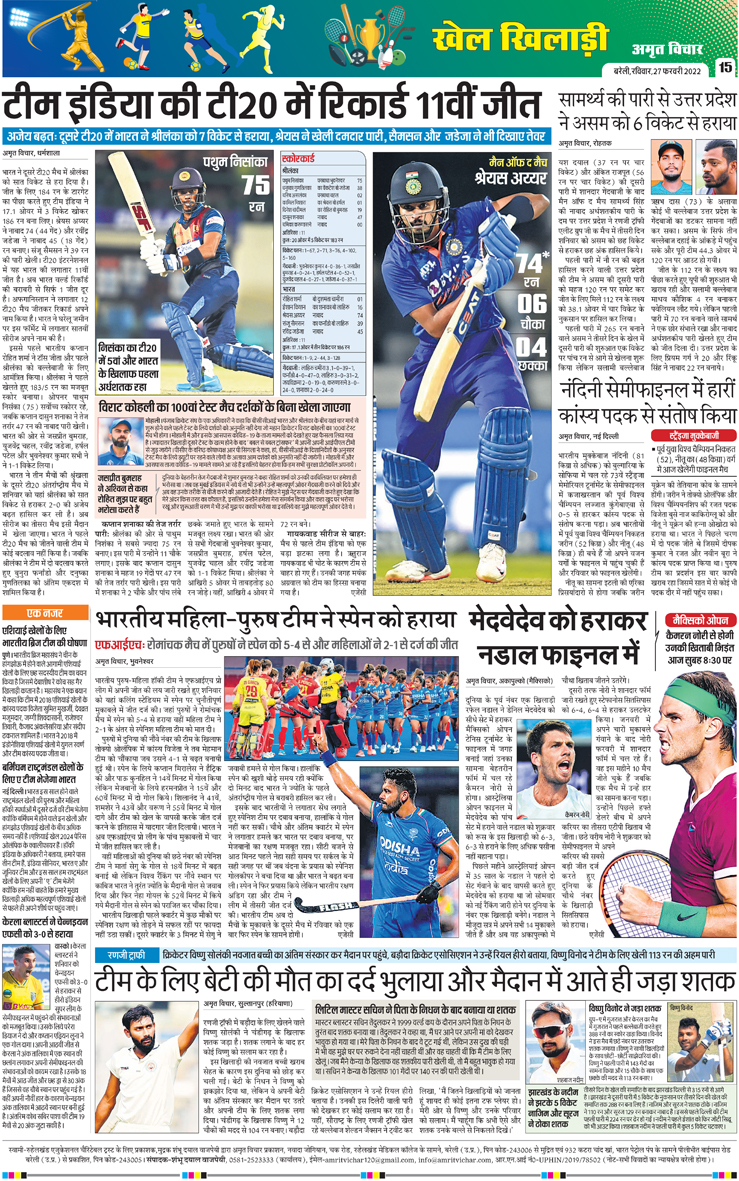 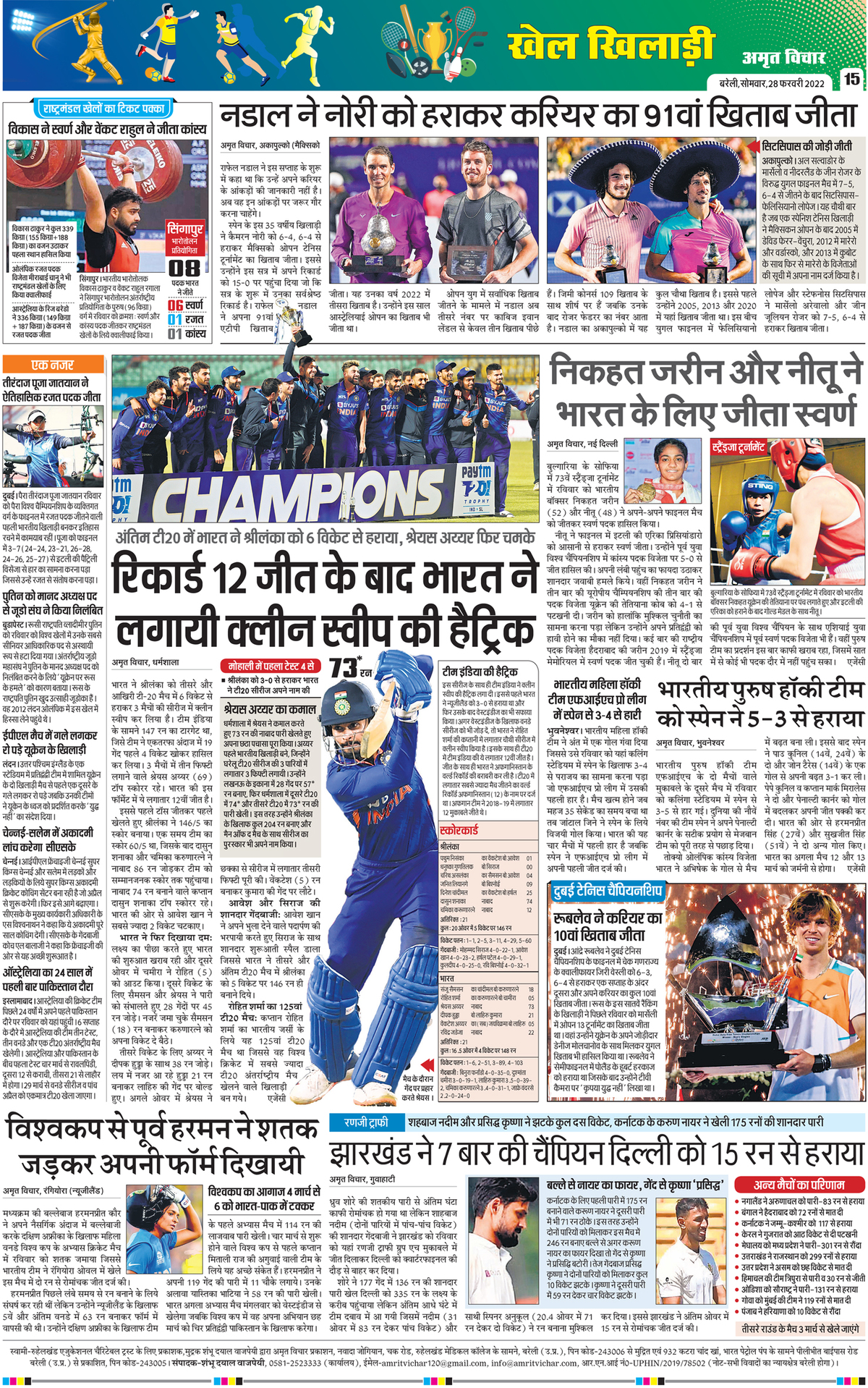 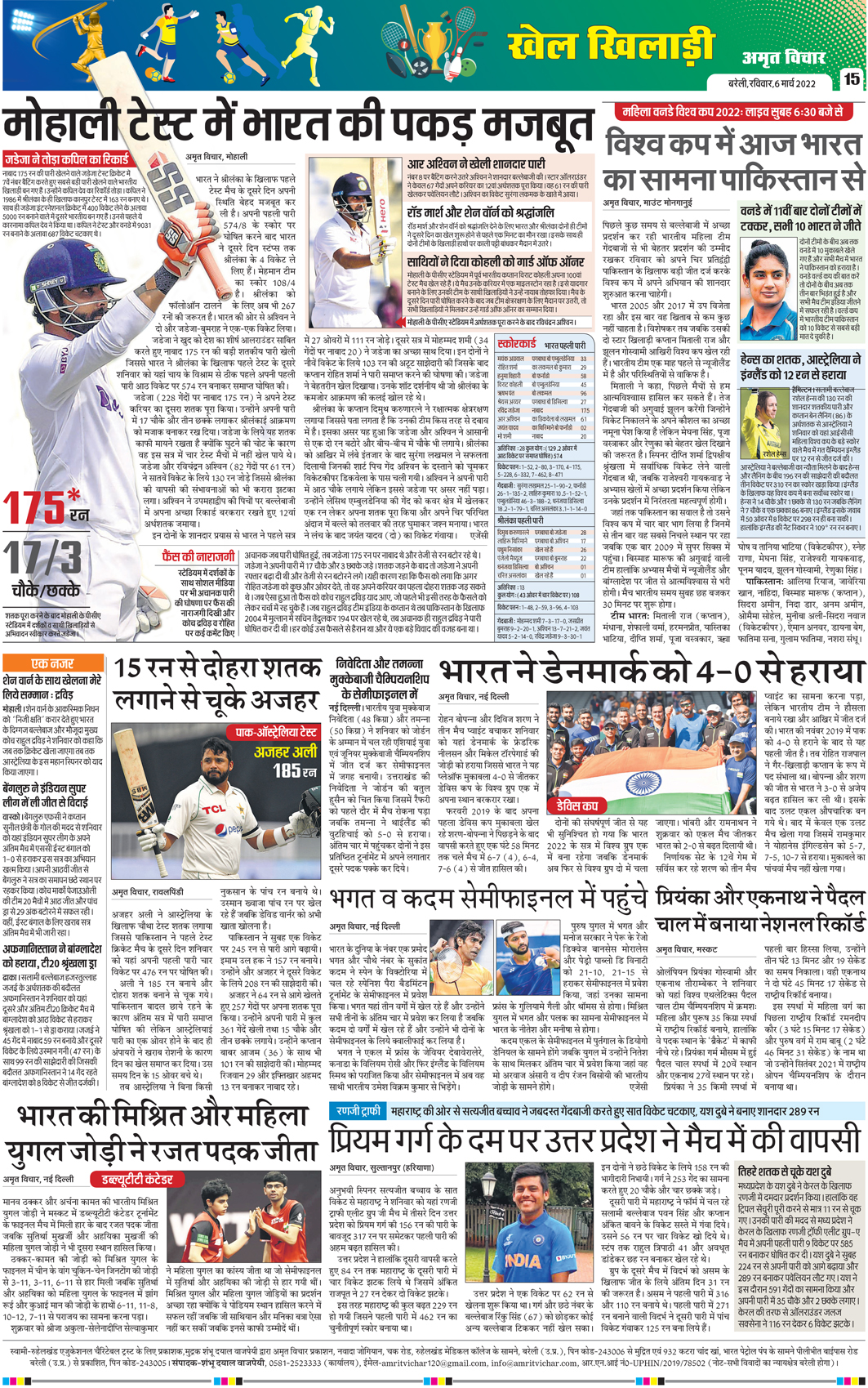 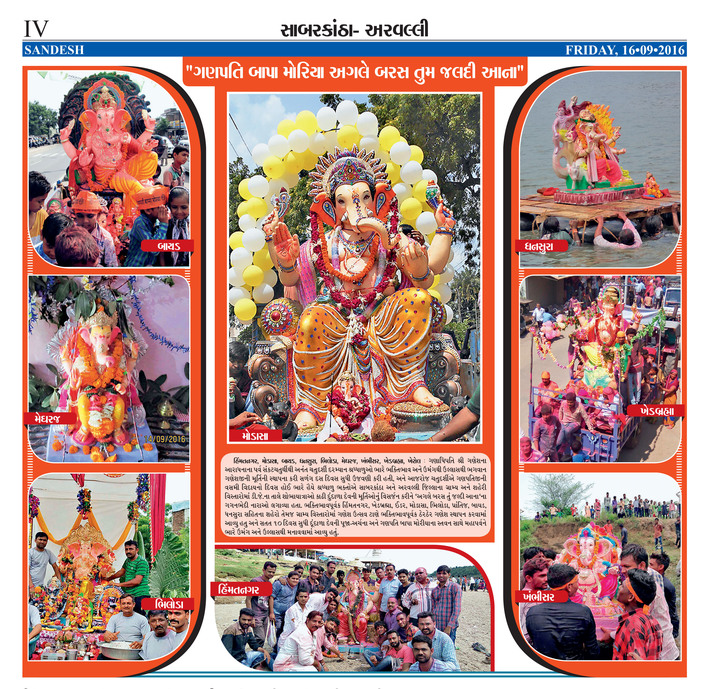 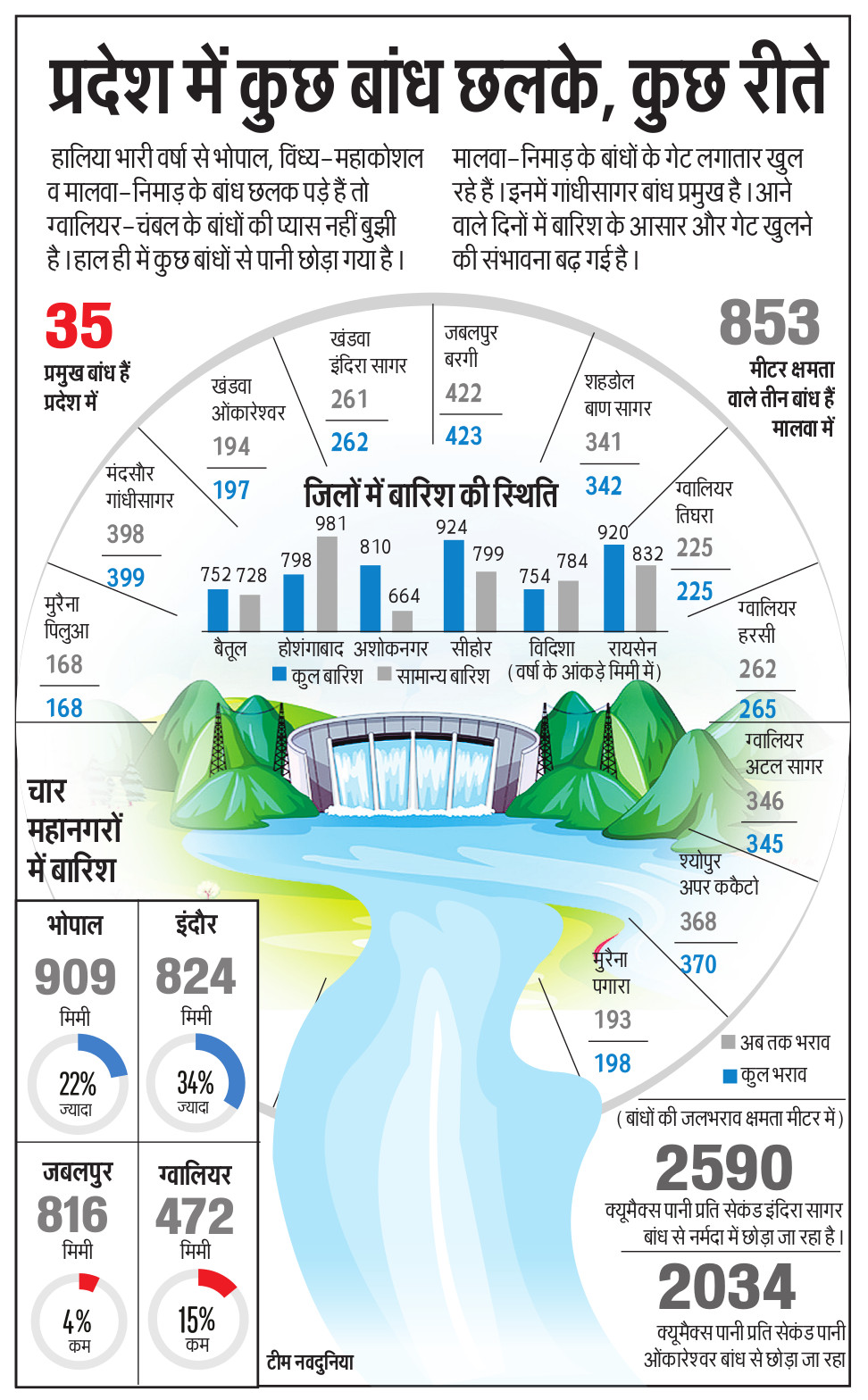 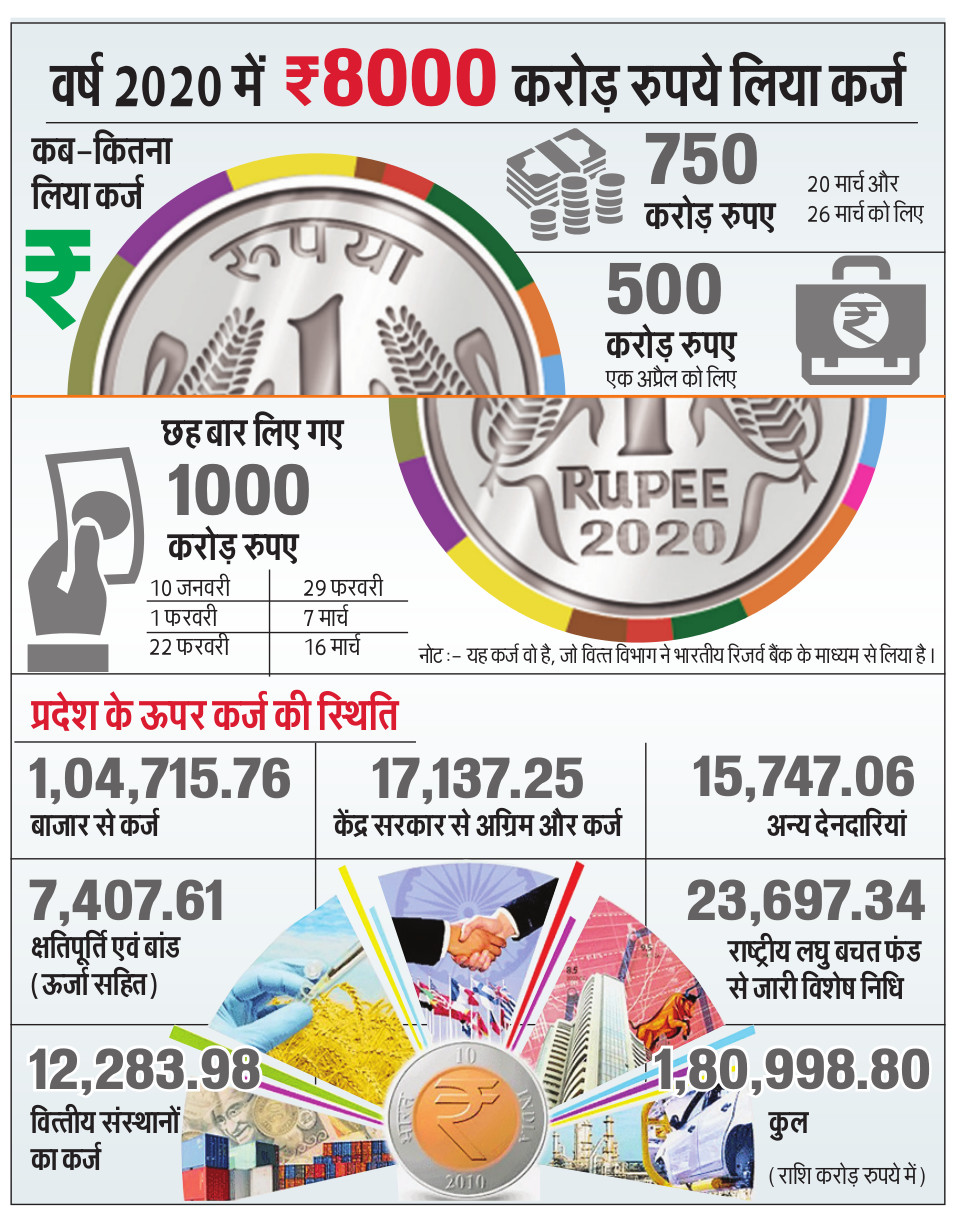 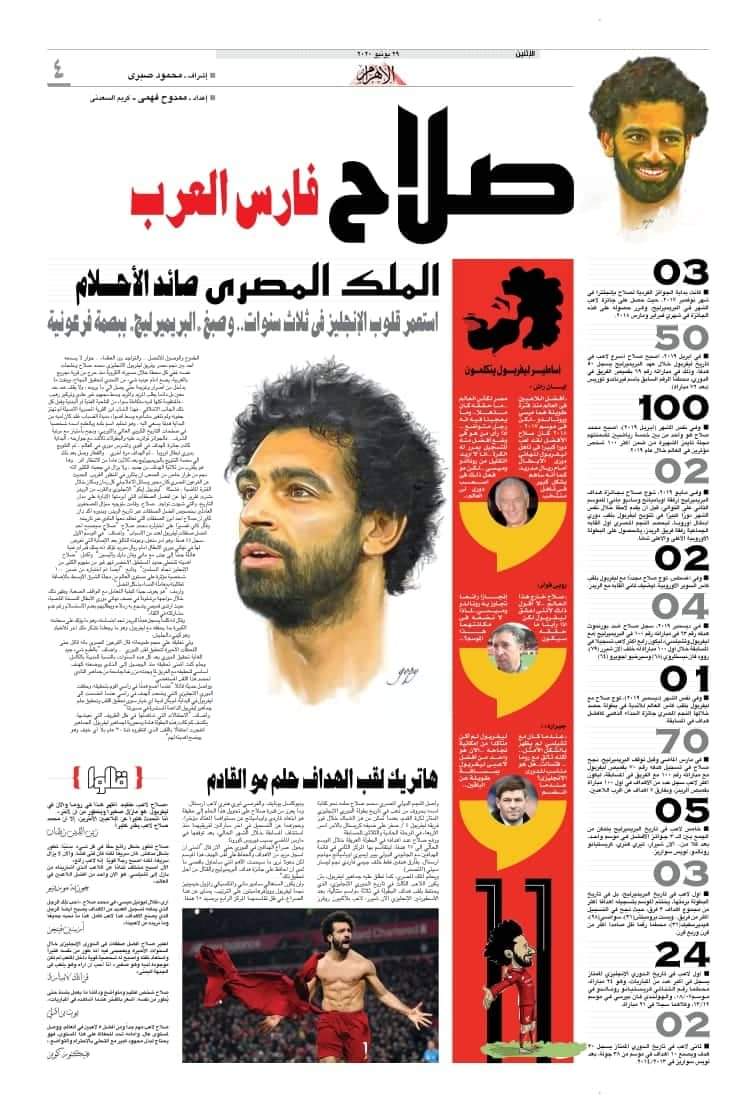 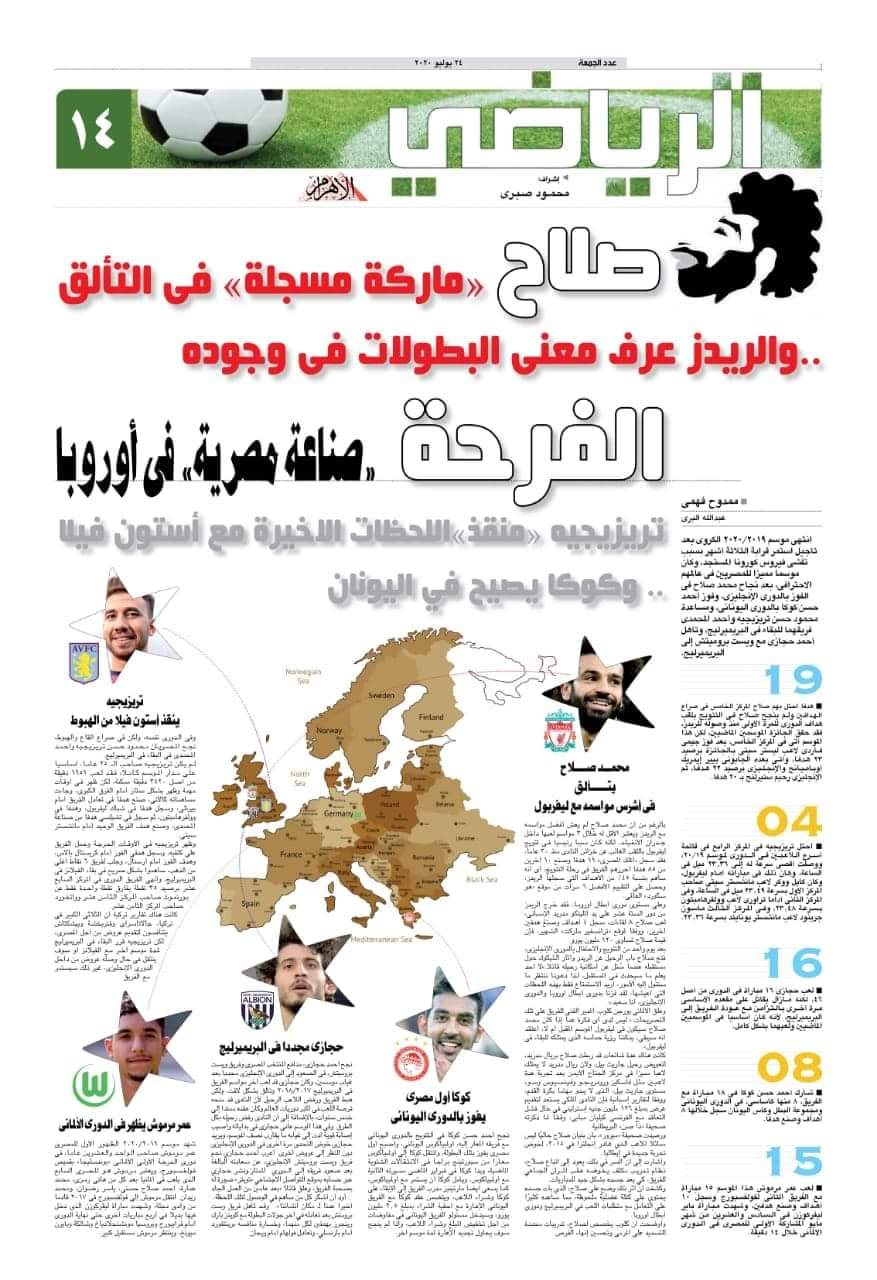 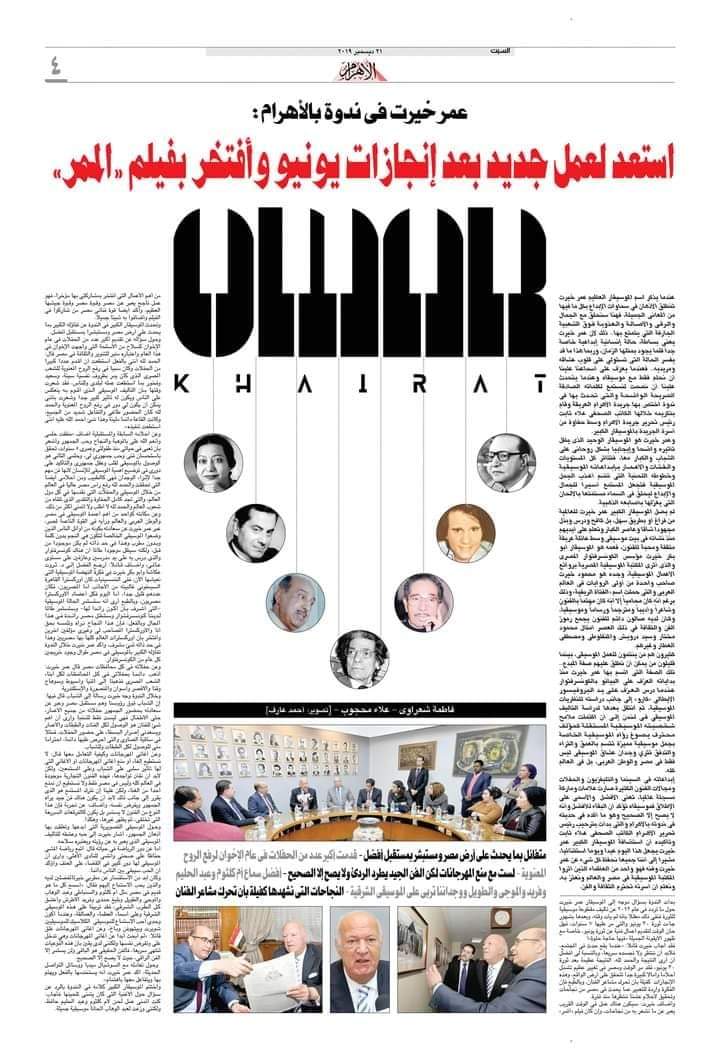 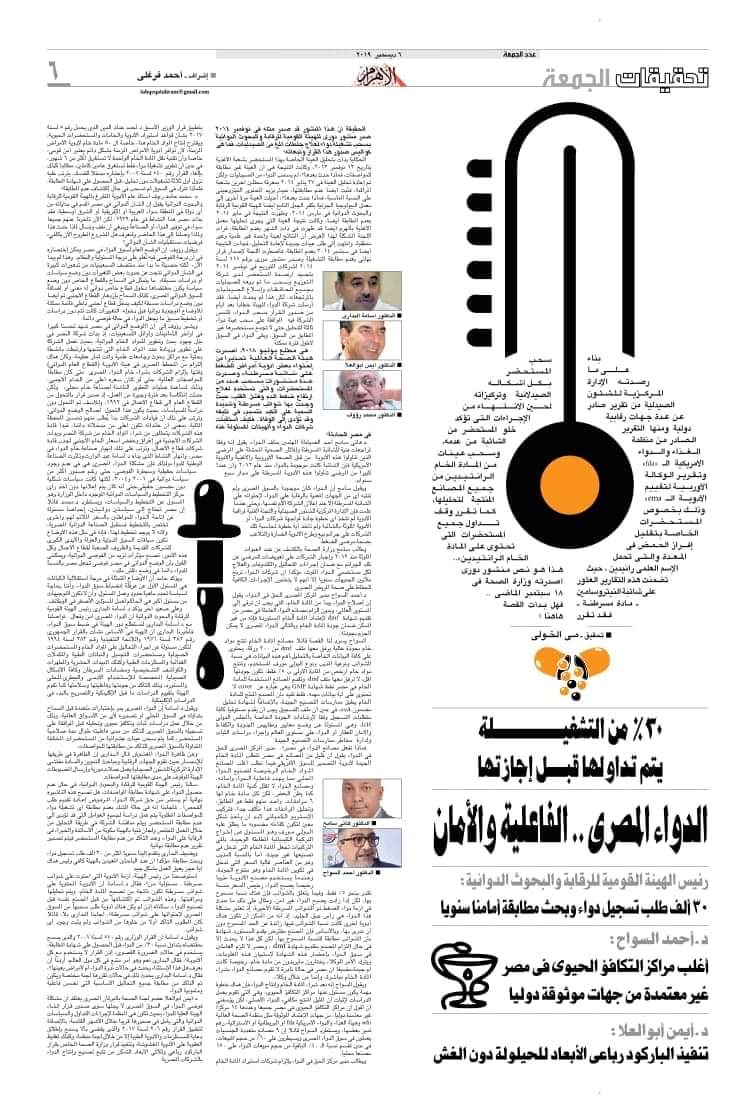 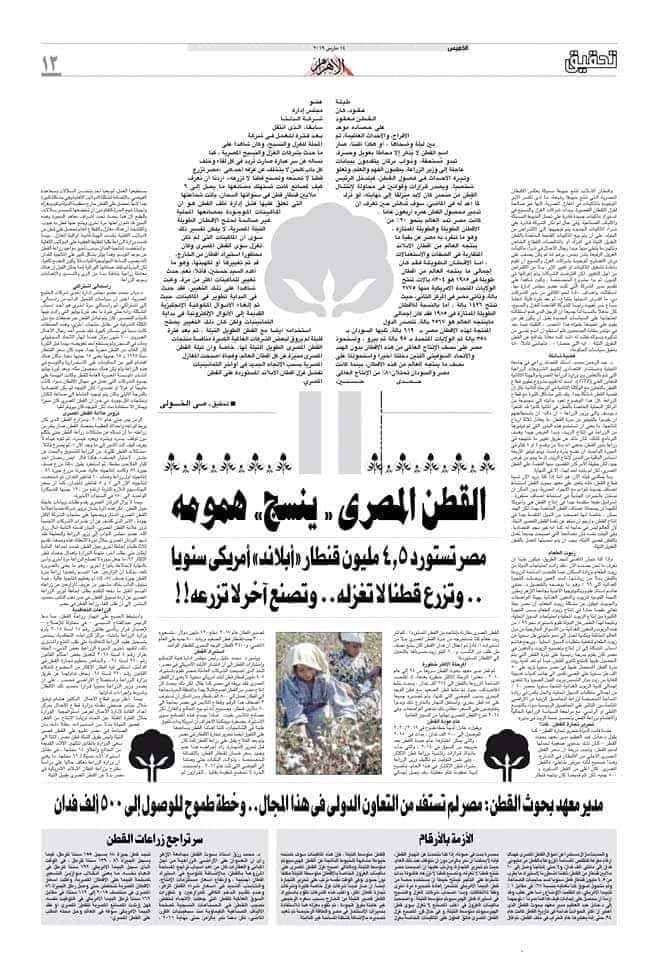 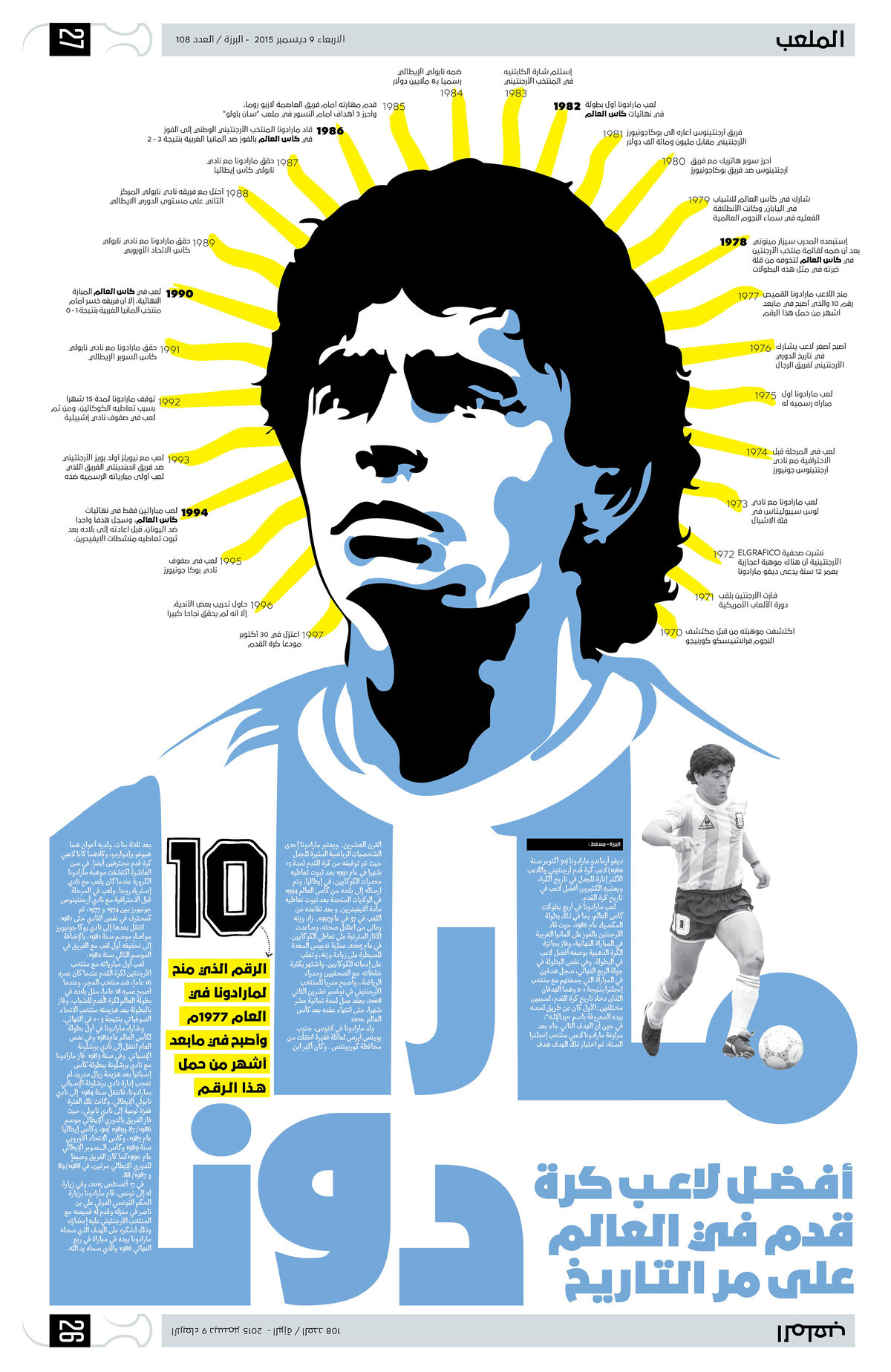 If there's one from the upperclassmen that I could remember as a nasa-kaniya-na-ang-lahat person, it would have to be Aran Villanueva whom I regularly address as "Sir Aran". As soon as he got home from California, I got excited to know his experiences in performing onstage abroad.

When I first watched his performances via Facebook, I was surprised to know that he too is a violinist. Long I have known Sir Aran for being a guitarist and a member of the Blue Jays drumline when he and I have joined together for recitals conducted by Zion's Praise Music Incorporated that is based here in General Santos. Without any doubt, I placed my bet on his victory.

A year has passed now since he was able to grab a silver and two bronzes.

I then sought correspondence with Sir Aran as a part of Adventure's coverage for its features section:

"As an artist, you have to learn to be flexible and versatile in your styles.

"Here in Gensan, there are people who appreciate classical music. I am part of the Gensan Youth Orchestra and we play and love Classical Music. We also have an audience that greatly loves to hear us play.

"I hope to make people happy by entertaining them with high quality music that many people will remember very well. I hope they would be really looking forward for my next performance and they would really have high expectations to see me and they would already have a mindset on how you will play and entertain the audience.

"That is my ultimate goal in life and I can achieve it by striving hard and practising. With the guidance of the Holy Spirit and by perseverance and discipline in all my rehearsals, I can realize my dreams.

"I would be more relaxed if I perform here because I am doing it for fellow Filipinos and I’m really used to that."

But above all, Sir Aran declares that he still has a long way to go: "If there is one thing that I learned in WCOPA, it’s that there is so much more that I have to learn. I am excited to work hard and be an even better musician."

Sir Aran, I am excited to see you become a professional musician and watch your recital at the Palais Garnier. I foresee that by then, you would have become a renowned composer who might conduct your own. All the best, Sir!

My thanks go to Tita-Doc Michelle, Sir Aran's mom for allowing me to feature him!

And also to Super Graphic's Sir Kalel Arnold de Guzman for having me on October 14th — friends, mark your calendars; ha-ha char lang! NO discussion in this entry but only a dedication of these works to a mother,a  mentor, a chef, a friend Gng. Glenny Solead who passed away two weeks ago. I am still mourning.

Thank you so much for listening to my stories. You've been there in victory and in weeping — those I will never forget and will cherish for a lifetime.

Because of you, my passion for design humbly began in grade school when I part-time worked in Ang Guryon wherein you served as student publication adviser. 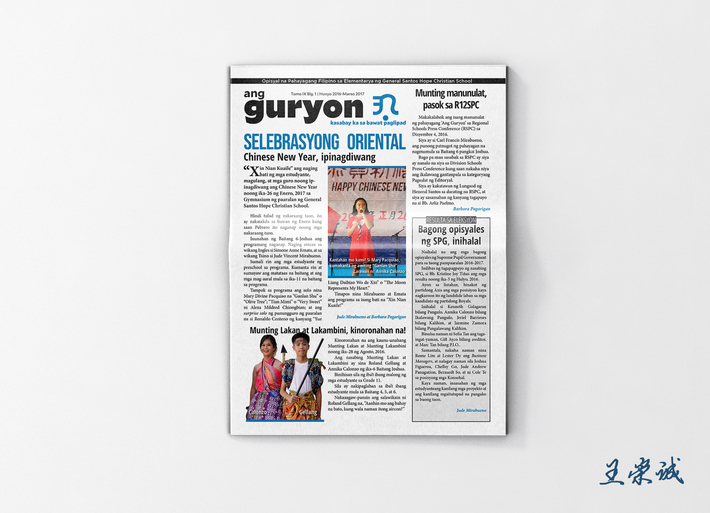 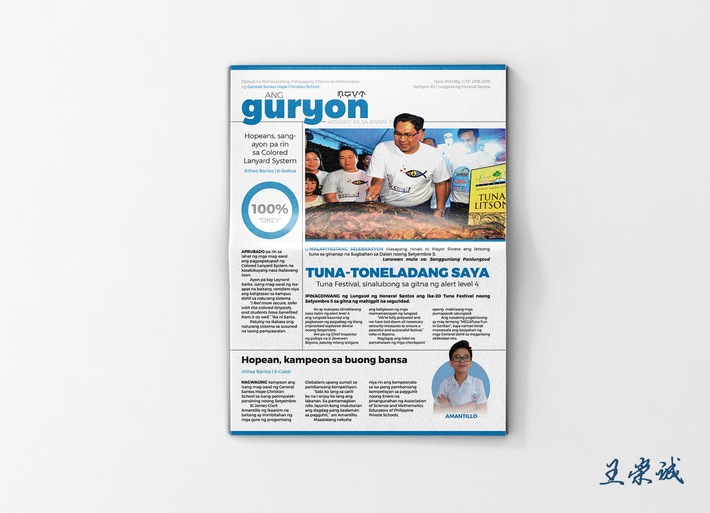 Ginang Glenny and the guryon has finally flown upwards to heaven.

'Til we meet in Paradise, GINANG! Journalist Edwin G. Espejo who is presently on extended leave wrote a piece regarding Former Congressman Jun Acharon's attempt to run again in the 2019 congressional elections which was later on called off when the Supreme Court released its ruling to proclaim Congresswoman Shirlyn Bañas-Nograles as the winner. Beside his commentary is a timeline named "Aton ini!" (Congresswoman Nograles' Hiligaynon catchphrase that roughly translates to "This is ours!") of the turn of events regarding the matter. The congresswoman has gone through a lot before her oathtaking as a member of the House of Representatives.
---
Thanks so much, Sir Edwin for contributing to this issue.
Special mention to Bai Judd Bañas of The Thirteenth Scholars, thanks for our three-going-on-four years of friendship. Am very favored to have a friend who's also a good designer, a brother, and a listener of showbiz-like drama.
Kuys Alvin Resuello, adviser of Ang Paulenyo, I could've gone to your place had COVID-19 not spread like wildfire. Looking forward to our bagnet eating someday.
Mark Cayunda of The Courier, I hope you do well always. Hang in there! Let's make each day productive!
Allow me to praise Kuya Jimmy Grajo of Channels for always doing a good job in both design and music!
Kuya Ian Lopez who presently designs for the UPLB Perspective has helped me a lot. Adventure wouldn't have its present look if I had not gotten to know him IN 2018. |jvdm|
Read more… Such words painted in white display on wooden signboard hanging on an acacia branch with its nails loose. It is a welcome sign however with an urgent request.

Who gave them more of the relief in order to survive after being mongered with fear? NGOs have so far supplied food and materials for creating makeshift shelter, residents say.

But those from the local government are inadequate to quench their thirst and to cure their hunger, "Daghan pa requirements nga i-submit aron makadawat 'mi."

Warm greetings to another confidante, bully Kent Adal of Invictus : Thanks for backing me up and making me grumpy  more often than not.

Kenny Dizon of Ang Salamin, Armando "A3" Barcebal of Teodoran Gazette, James Sablay of Magnum Opus continue your pursuits in life — all of you are great!

NSPC 2017 News Writing Queen Rhoda "Kyang" Ebad, thanks for listening to all of my dramatic narratives in life, and for teaching me how to write. I cannot repay your kindness right now, but I will someday.

Yikes, am compelled to keep some money to have this printed and sent via snail mail (hope I do).

What warmth from all of your ENCOURAGEMENT! |jvdm| BEING the country's largest producer of tuna, General Santos City shouldn't miss its commemorating on how its wharves contribute to the tables of Filipinos across the archipelago. I am again, compelled to post this photo every September for the people to see how our supply — be it canned, fresh, frozen — feeds them up to present.  No festivies for this year's Tuna Festival as COVID-19 cases continue to balloon here, but the spirit of taking pride on our daily catch still kindles. When visiting the dakbayan of GenSan, our tuna shouldn't be absent on your plate.
Happy Tuna festival everyone! Cheers to all fishermen, factory workers, carriers, producers, and to the six canneries located here in the southern city where we celebrate the bounty of the sea!
---
Here's my April 2020 conversation with Polish designer Jacek Utko who recently worked with Gazeta Wyborcza (Warsaw, Poland) and who designed: Het Parool, De Morgen, Het Financieele Dagblad. Three named as Europe's best newspaper, five named as the world's best-designed:
JM: "Quite unique that your works contain large photographs that go over the spread, but why so?"
JU: "[This is to] emphasize one article, one story... it creates suspense in the rhythm when you flip through the pages. You just make up the composition. Basically, you build hierarchy with this; just showing that this [story] is more important, this is big or this is stronger, this is special. So instead of displaying the same set of photos with the same size, you use a spread," he said in a voice message.
He further advised me: "You should never place a lousy and boring photo over the spread. It must be really information-dense — great photography."
But thinking of what good photography is vexes me. To me, Ubaldo Piangi may loudly exclaim, "Amateur!"
---
Felicitations to a friend, a mentor, an idol, a confidant, a fidus Achates, Kuya Cedrick Suarez! I consider you as a dedicated artist — ALWAYS. |jvdm|
Read more…
of 27 Next