It was fast. It was furious. Then just as quickly as it lit up the region’s skies, Wednesday night’s lightning storm was over.

But in its wake it left a series of incredible images, captured by Geelong Advertiser readers from the waterfront to Torquay’s Point Danger. 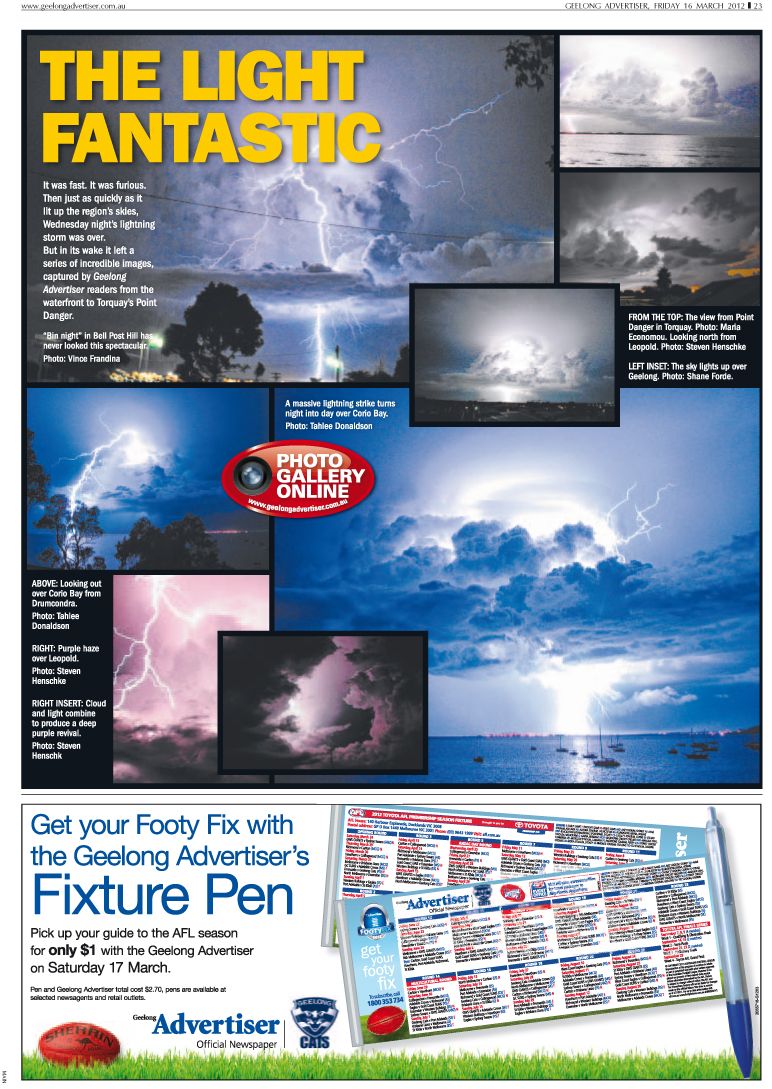