My first concept illustration and headline in the Star Tribune, for a story about how Gen-Xers are feeling inconsequential in the eyes of marketers, employers, everyone -- trapped between the popular and dominant generations, baby boomers and millennials.

I wanted the millennial and baby boomers to visually dwarf the Gen-xers to follow the topic of the story. So I sandwiched the story between two busy illustrations, but kept the focus on the headline by highlighting it yellow and using only tints of blue for the illustration (to make it feel more like a texture). I wrote the headline in context of the illustration, to feel conversational, as if a Gen-xer rep was really speaking. 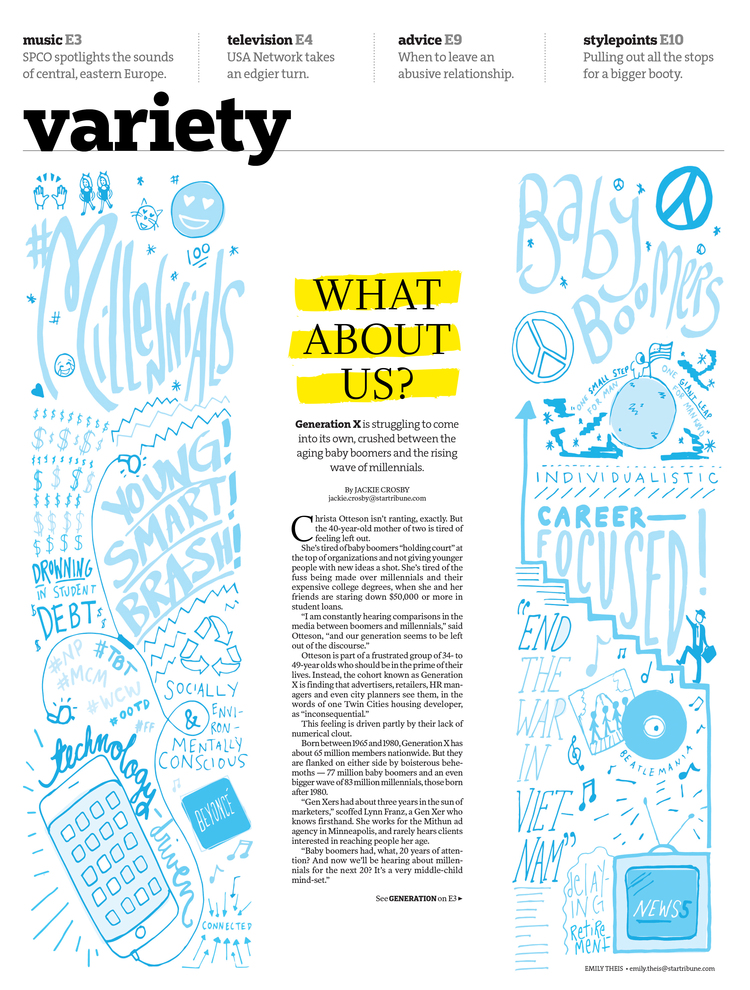