Our mag was seemingly everywhere this weekend — too cool!! Definitely one of the most popular projects I've ever worked on. Below, Patricia and David Arquette were two of dozens of actors at Friday's Celebrity edition of Politico's Playbook breakfast who snagged copies. Other stars in attendance included Rosario Dawson, Alyssa Milano, Tim Daily, Michelle Trachtenberg, Jason Biggs, Omar Epps, Marlon Wayans and many others. (Top photo by Jay Westcott of Politico.) On Sunday, the cover was also featured when Seth Meyers appeared on NBC's Meet the Press with David Gregory. 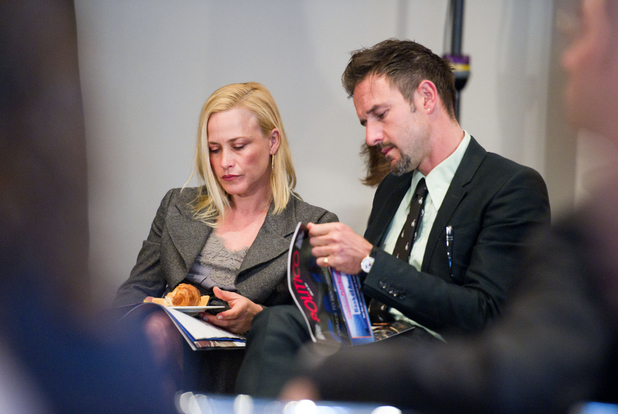