The shift from a 10- to 13-year basic education period for students is an ambitious effort to provide every student with the learning to compete at home and abroad. Prior to this, the Philippines was one of only three countries (Angola and Djibouti were the other two) still following the 10-year education system; it was also the only one in Asia. Filipinos realized that if a 13-year educational system was the recognized standard for students and professionals globally, then the country had to make the changes needed to ensure neither its citizens nor the nation gets left behind. 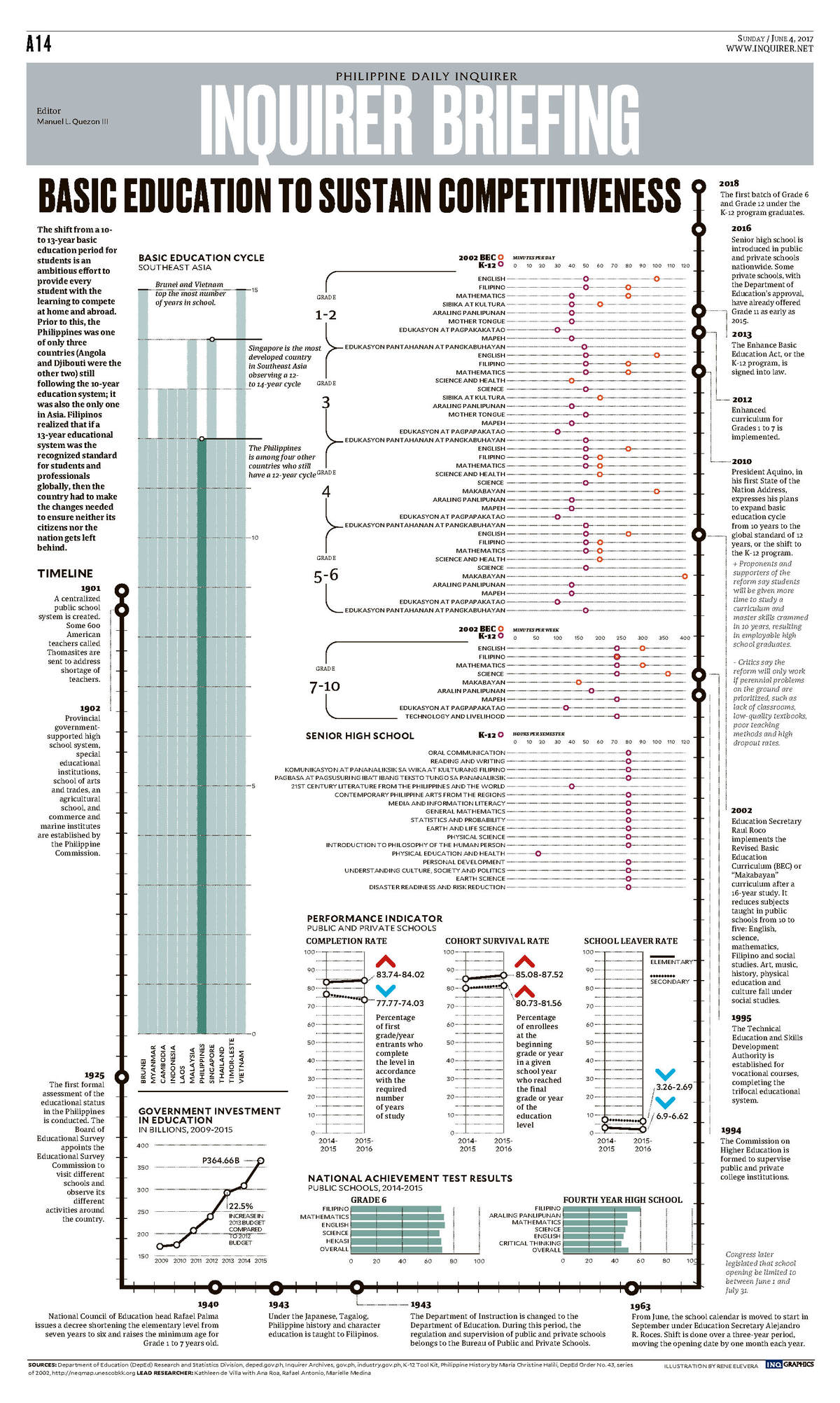