For part one of the Houston Chronicle’s epic 11-part moon landing anniversary series, we thought it might be nice to give readers a quick recap — you know, for those of us who don’t have all this stuff memorized — showing just how many missions landed on the moon (six), how many astronauts actually got to walk on the moon (12) and those odd highlights you might remember from a half-century ago: That time they hit a golf ball on the moon, for example. Or the time they fixed a fender on the moon buggy with a plastic map and duct tape. This is the fourth time I’ve done this particular graphic over the past 14 or 15 years. 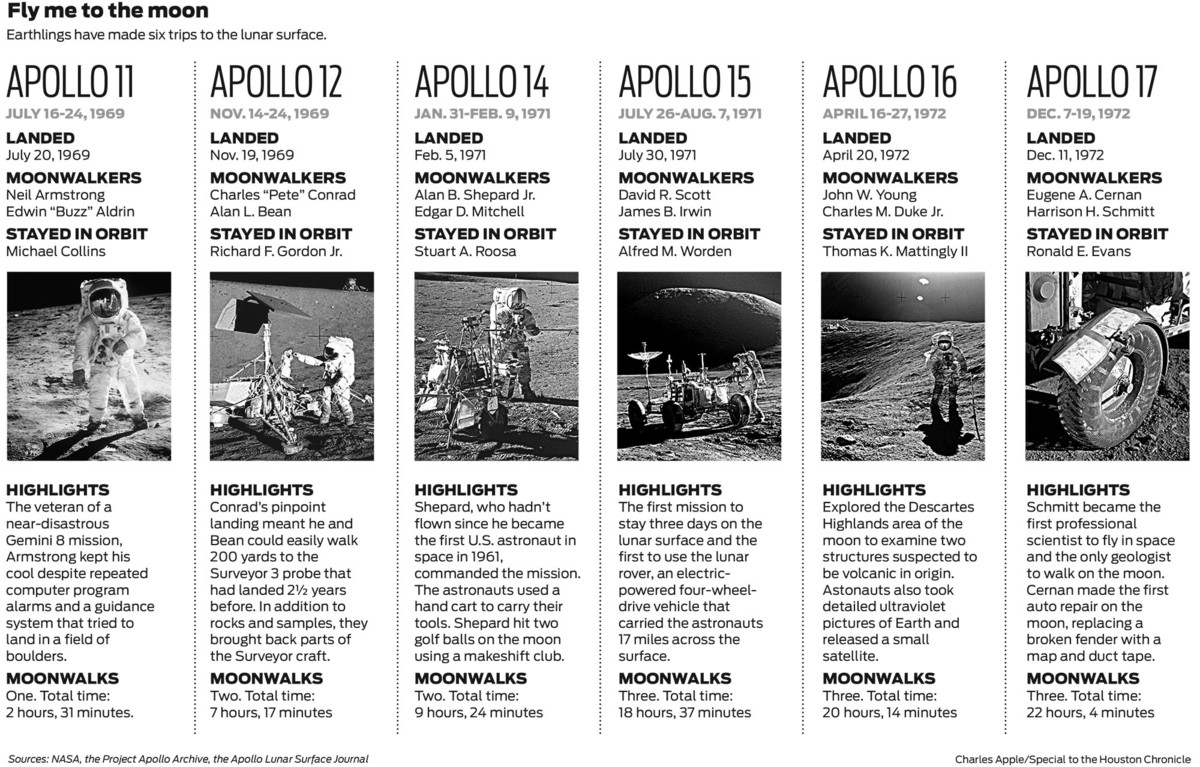