Emily Foxhall and I began working on this diagram months ago, showing how neighborhood levees failed during Harvey when they simply became overwhelmed with water. As a result, these ritzy Fort Bend County neighborhoods, where folks were paying for protection simply didn’t get it. In adequate amounts, at least. Emily’s story was absorbed into our giant seven-part series wrapping up our Harvey coverage for the year. This ended up being one of the highlights of the entire project. 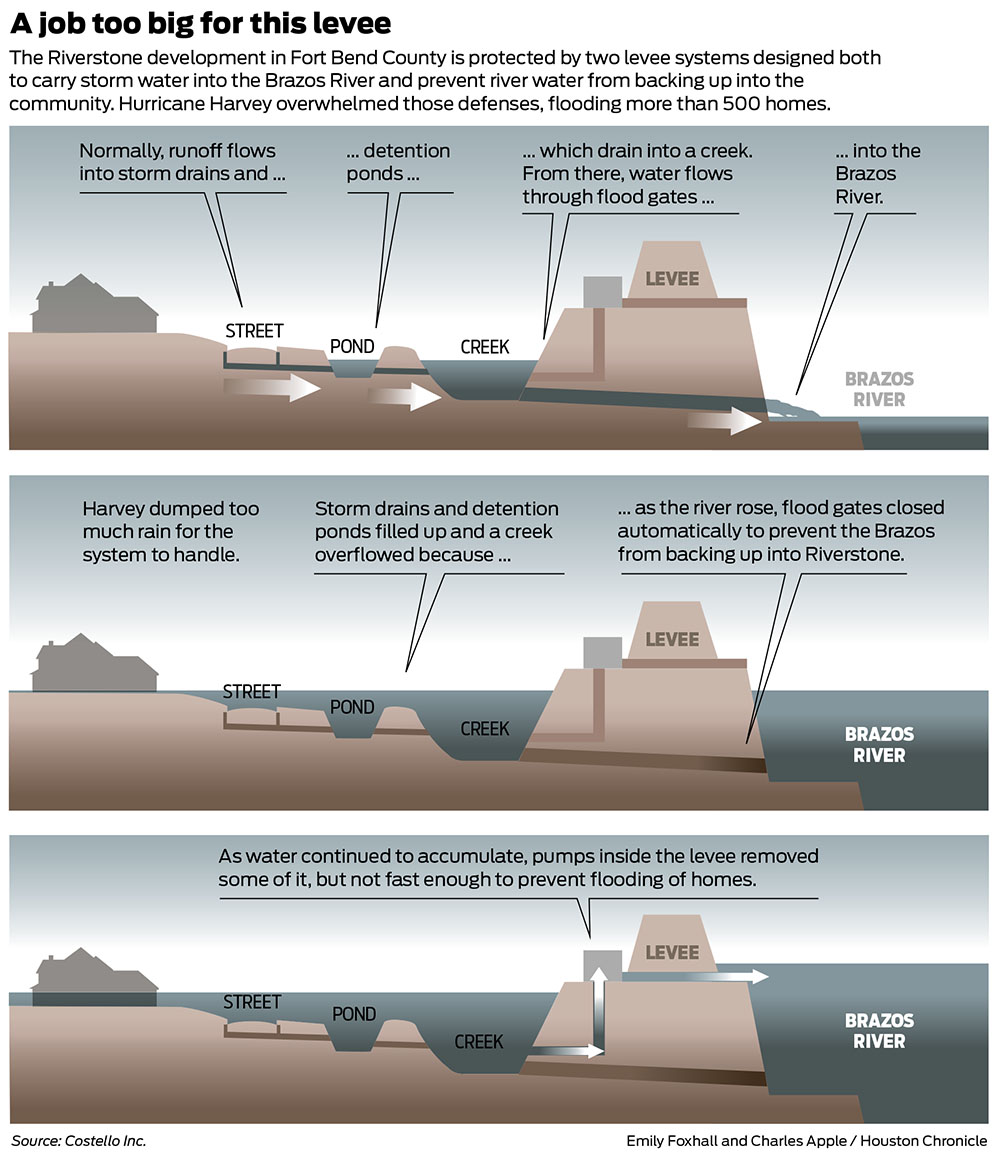