Part Eight of the Houston Chronicle’s epic 11-part Mission Moon series focused on efforts to get to Mars. I pitched several ideas but none of them flew — except this one, comparing the three Mars rovers NASA has sent to the red planet. There is another rover planned for next year, by the way. Most of this material I had used in a graphic five years ago at the Orange County Register. 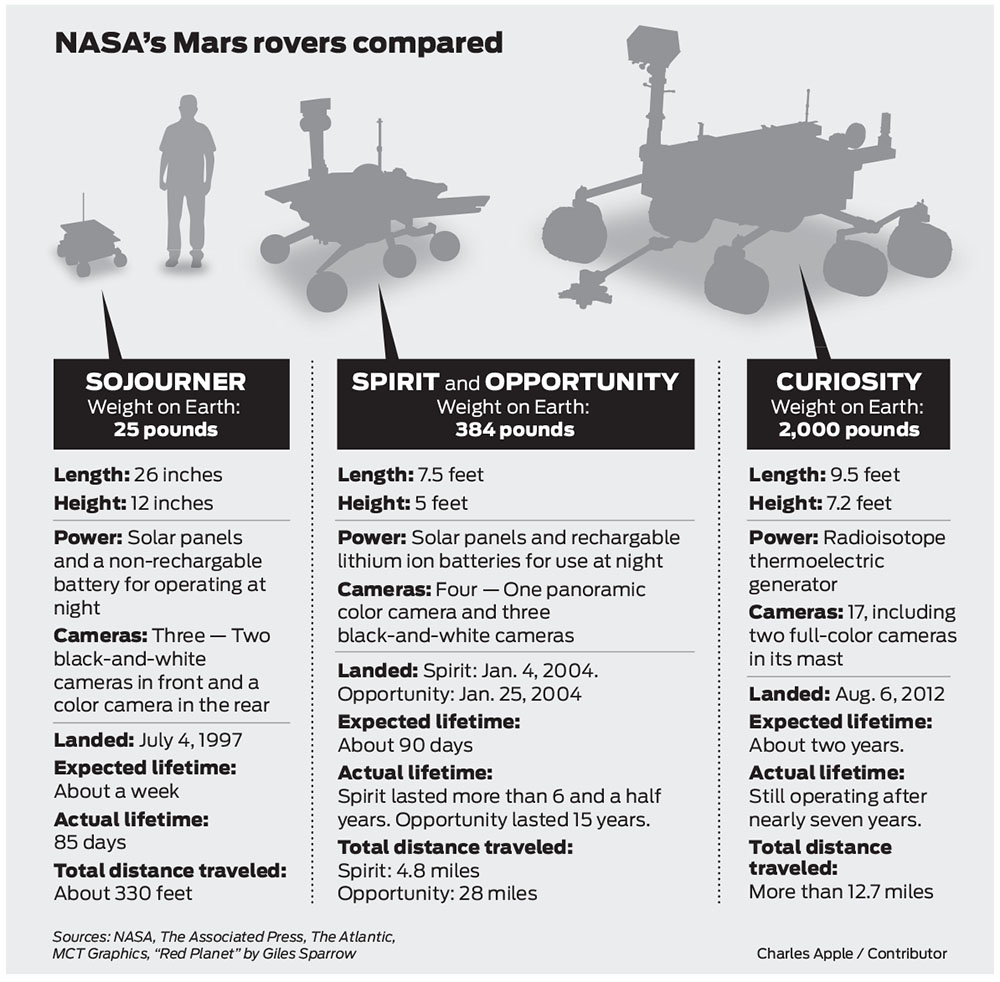