When we moved to Victoria in November 2015, we paid an awful lot for our little apartment. That’s because of the oil boom. By the time we moved to Houston the next summer, we managed to get a great deal on a very nice apartment. That’s because we happened to be there just as the bubble was bursting. According to these numbers, rents aren’t dropping all that much. But what I’ve found is that they are, really. 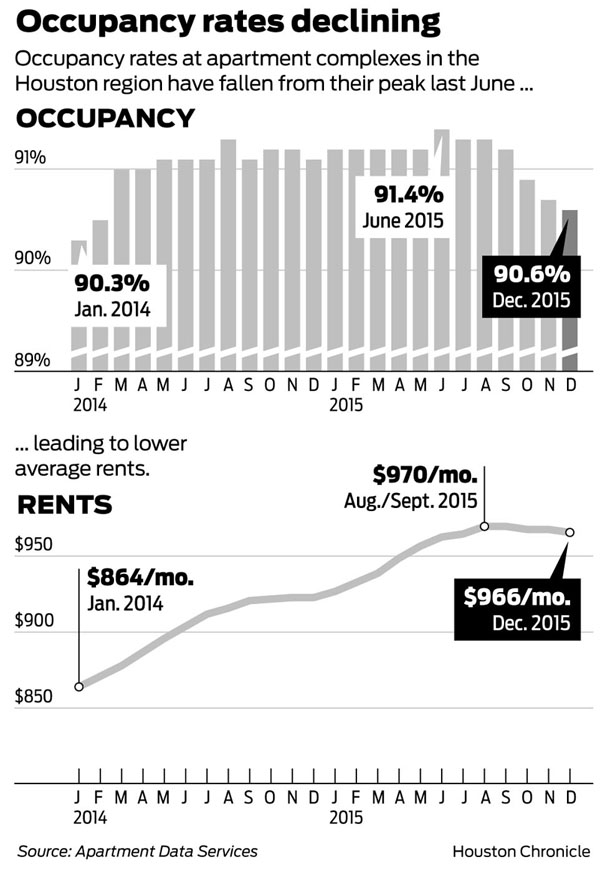