Drug Abuse Prevention and Control Week reminds us that rehabilitation, not liquidation, of substance abusers is the national ideal. Yet the fundamental assumptions of the state are based on estimates from surveys and its conclusions as to the scale of the problem of addiction. The Dangerous Drugs Board (DDB) figures tell us the biggest increase in drug users was from 1999-2004 (3.4 to 5.8 to 6.7 million) while 2008-2016 estimates are 1.7, 1.3 and 1.8 million. But President Duterte himself cites 3-4 million. Even “affected” barangays are problematic: a single user qualifies a barangay as “drug-affected.” In fact, official numbers and terms are subject to revisions by authorities: for example, “vigilante killings” are now classified as “deaths under investigation.” Officials claim hundreds of thousands have “surrendered” yet neither the voluntary nature nor actual numbers can be independently verified. But each case of drug addiction is a tragedy that demands from society the resources and commitment to assist individuals to rehabilitate themselves. 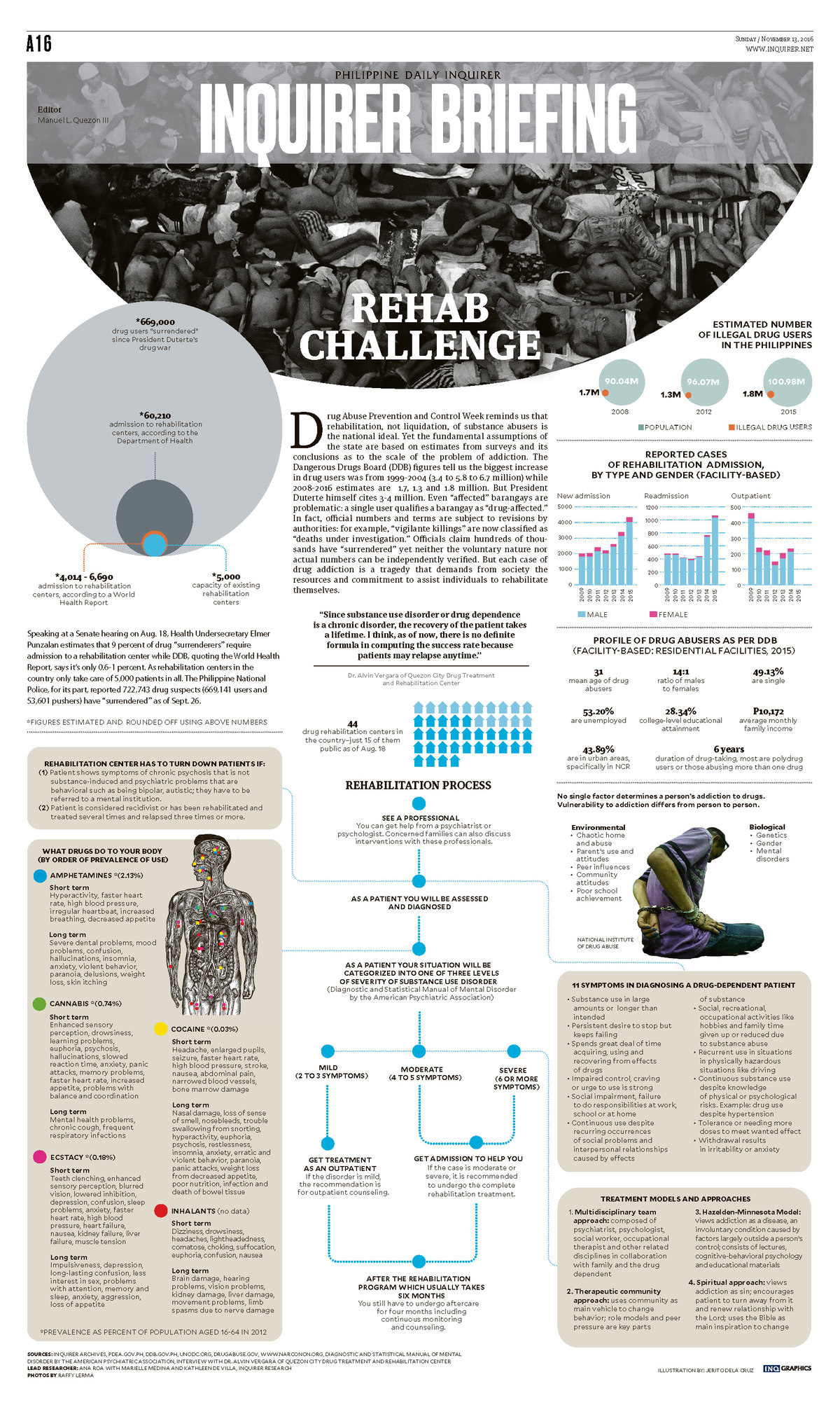