Reporter Jim Camden had written a series of blurbs on some of the major aircraft that would be appearing at this year’s Skyfest air show at Fairchild Air Force Base. I suggested I could turn those blurbs into a multi-page, visual treatment. This four-page “Birdwatcher’s Guide” was kicked off with this color doubletruck. My goals were were a) Get the planes as large as possible, b) Don’t clutter the page too much, and then c) Use a strip along the bottom to compare sizes of the 16 planes in Jim’s story plus the F-15 Eagle that was featured in a separate story. 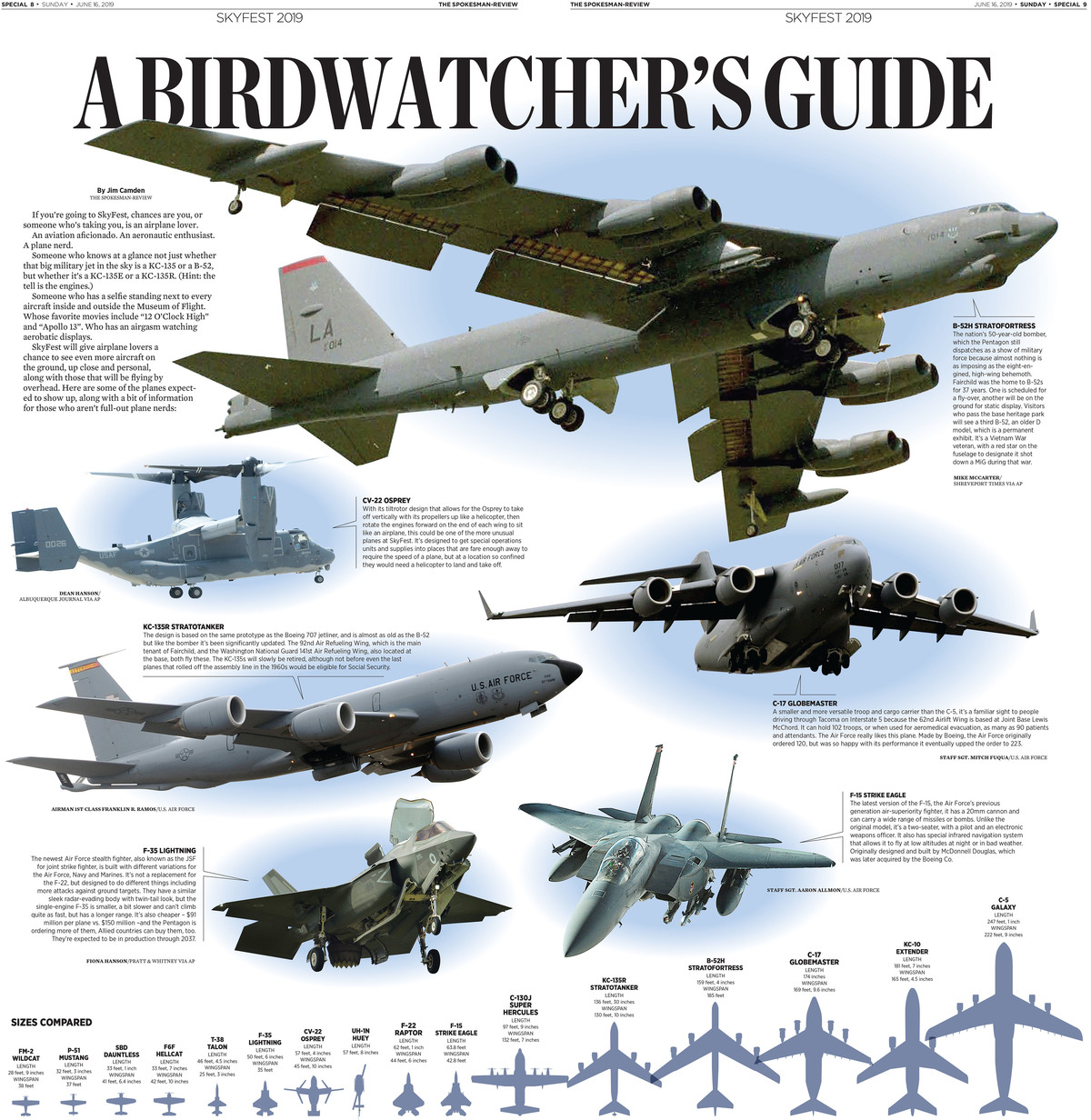