That's what I experienced the evening of Jan. 25 when trying to report on Grammy nominated band Fun. using the Ball State Daily News's new –- and sometimes bugged-out –- website.

Instead of going to the concert on Ball State's campus, I opted to stay in the newsroom and coordinate coverage with my managing editor, Steven Williams.

We created an action plan ahead of time. What would we want to cover? How would we cover it? Who would be where? What play would it receive on our website? Steven and I knew we would be monitoring social media, checking our phones for photos and text updates, and compiling everything for the web.

The Daily News only publishes Monday through Thursday. In the past, we would have run this story in print on Monday, effectively being three days late in our coverage. As a part of our digital-first push, though, we saw that we needed not only to publish a story over the weekend, but that we would need to publish as the concert was happening.

We decided that as the show was happening, we would banner our coverage across the top of the homepage. After it ended, we would drop the story into the homepage rotator, along with the others.

Unfortunately (but as expected), not everything worked as planned.

Here's how we ended up playing everything on the website: 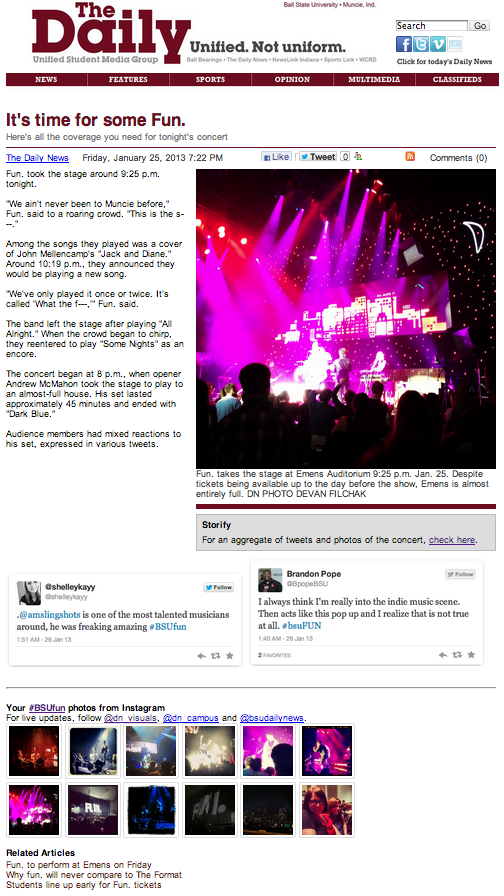 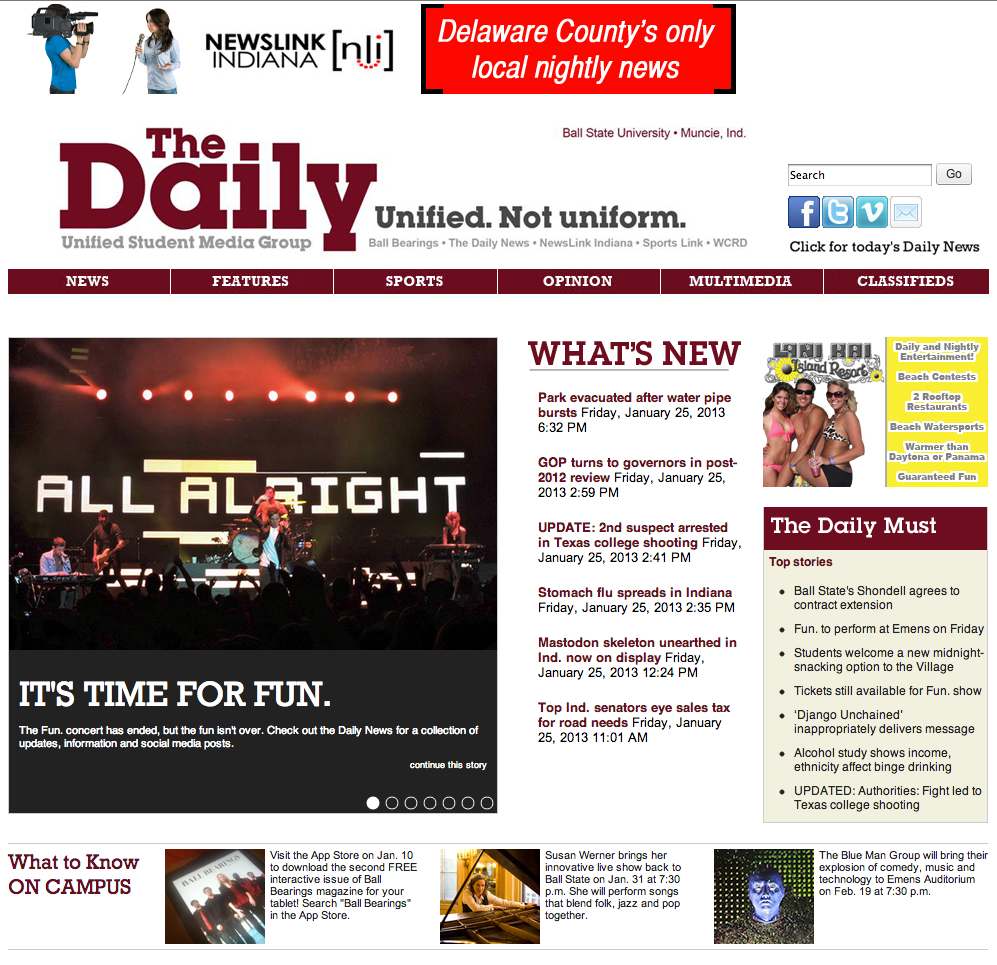 All in all, this was a good dry run. The concert gave us an opportunity to see the strengths and weaknesses of our new site when dealing with live, breaking news and new technologies.

I'm seeing that my interest in news design is integrating well with online journalism. I am able to consider alternative ways to tell stories, as well as how to present elements and information.

Know also that I am gaining an interest in things such as dayparting, managing the Daily News' social media and using Google Analytics to determine when to publish what content.

All in all, my goal is to get good information to the public effectively and efficiently. And I'm loving every minute.

Thanks for checking in!

Stay tuned for updates about this semester –- we have a lot of graphics planned and a talented staff to make it happen.

And, as always, I would love your feedback and advice!