Another Monday, another personal finance story with no art. This one was on a proposal for a universal basic income — an idea that’s gaining popularity on the West Coast. Tribune graphics moved an illustration that I used with the center spread, but I needed something for the cover. I built one using an old piece by Mark Caro of the Chicago Tribune that was about buying music online with micropayment. 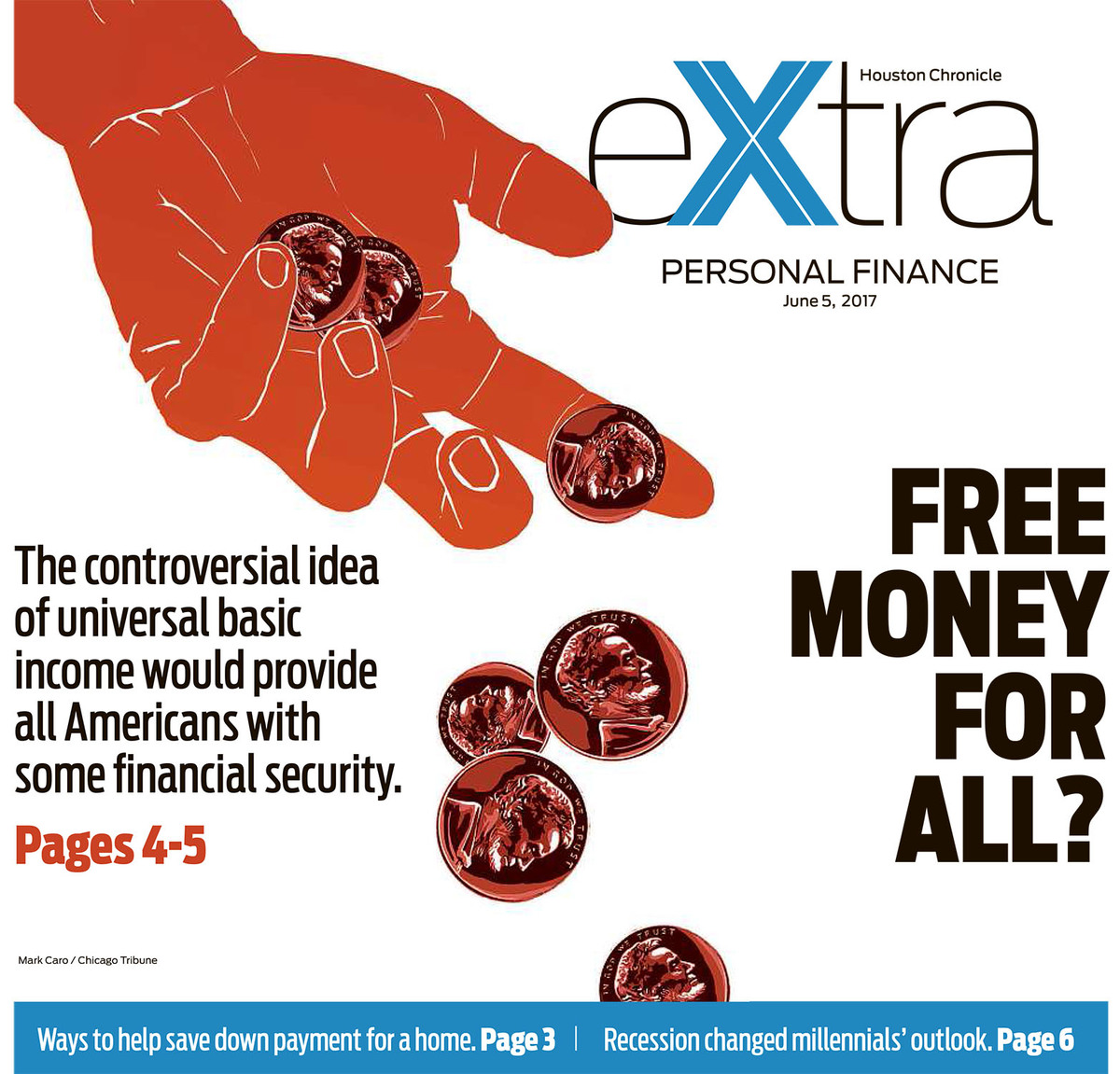