I'll be happy to see Twilight come to an end -- vampires are so 20 minutes ago. Zombies are back from their long hiatus as the kings of horror. Charleston celebrated Halloween with its 2nd zombie walk, which got us thinking -- what if it were the real thing?

But once the fun and games are over and the flesh-eating horde has washed up and headed home, it's time to prepare for the real thing! We talked to local actors who've walked in the dead's shoes and the marketing director of the local mall to get her advice on where to hole up (ala Dawn of the Dead). According to her, barricading yourself in the third level food court might be the best option. We also spoke to a salesman at outdoor retailer Gander Mountain about which weapon would work best. He suggested the Remington 870 Tactical 12-gauge shotgun with the folding stock.

We were amazed how many people were willing to play ball on this -- and especially how excited some of them got.

For the graphic, I took the comic book approach, since the comic book series "The Walking Dead" is largely responsible for the recent resurgence in zombie fiction -- namely its television counterpart. I touched on the shopping mall aspect, then took a jab at the local politicans (zombies at the capital? Well that's nothing new!) and finally poked a little fun at an oft-hated sculpture at the heart of town -- the Hallelujah sculpture at the Clay Center for the Arts & Sciences. A lot of people think it looks like a heap of space wreckage. 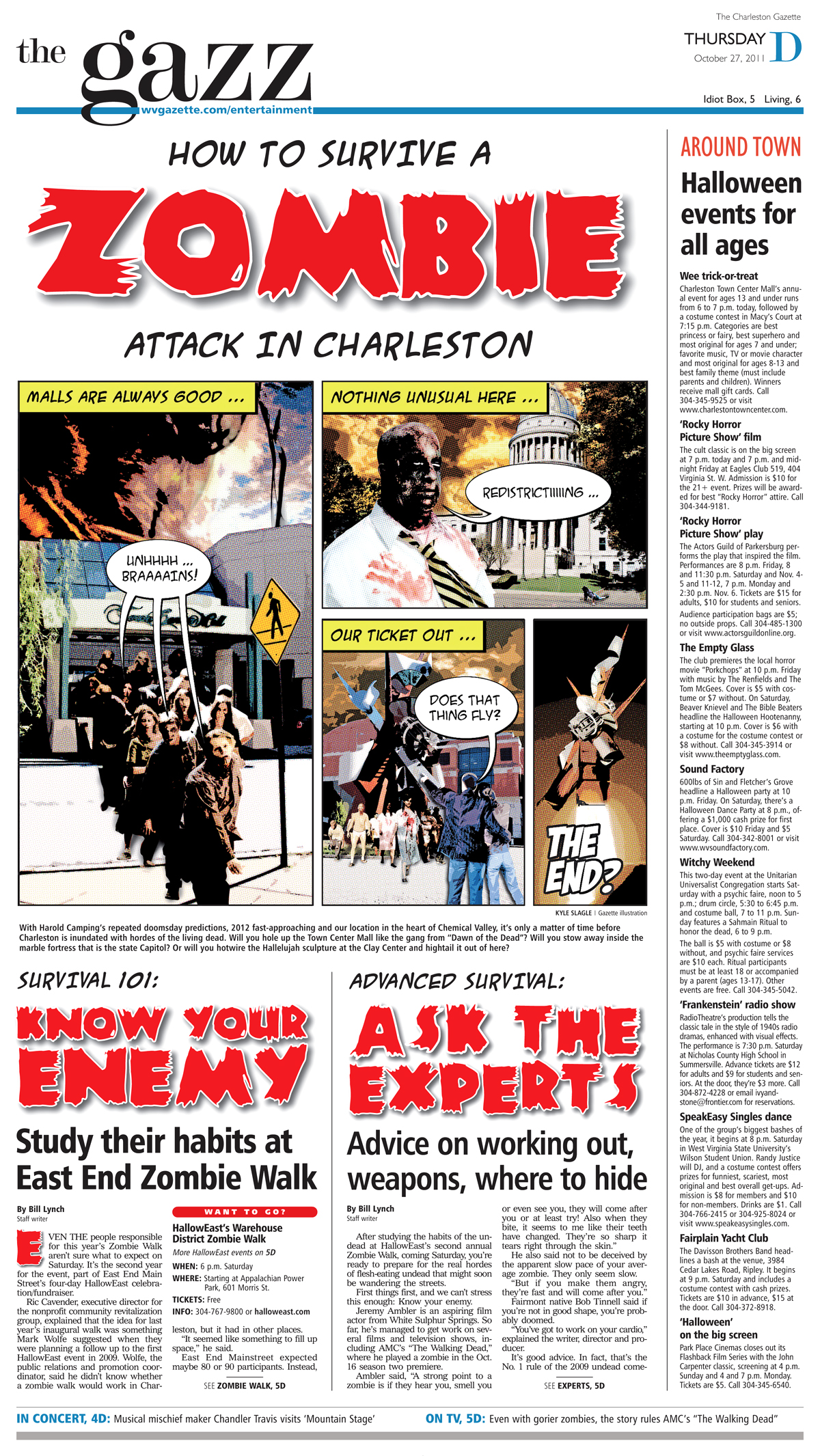