Charles Eugene March was sentenced to life without the possibility of parole for murdering his co-worker, Sheila "Kathy" Goble. Goble had been missing for more than two years. March had been questioned several times about his relationship with Goble, but was ultimately ruled out as a suspect. Nearly two years to the day, March's son discovered human remains behind his father's home in a low spot toward the back of the property. The remains were identified as Kathy Goble's. It was determined that March, who worked with Goble at a high-end mens store, strangled his co-worker with a neck tie then used two different saws to cut up and dismember her body before burying the remains behind his trailer. 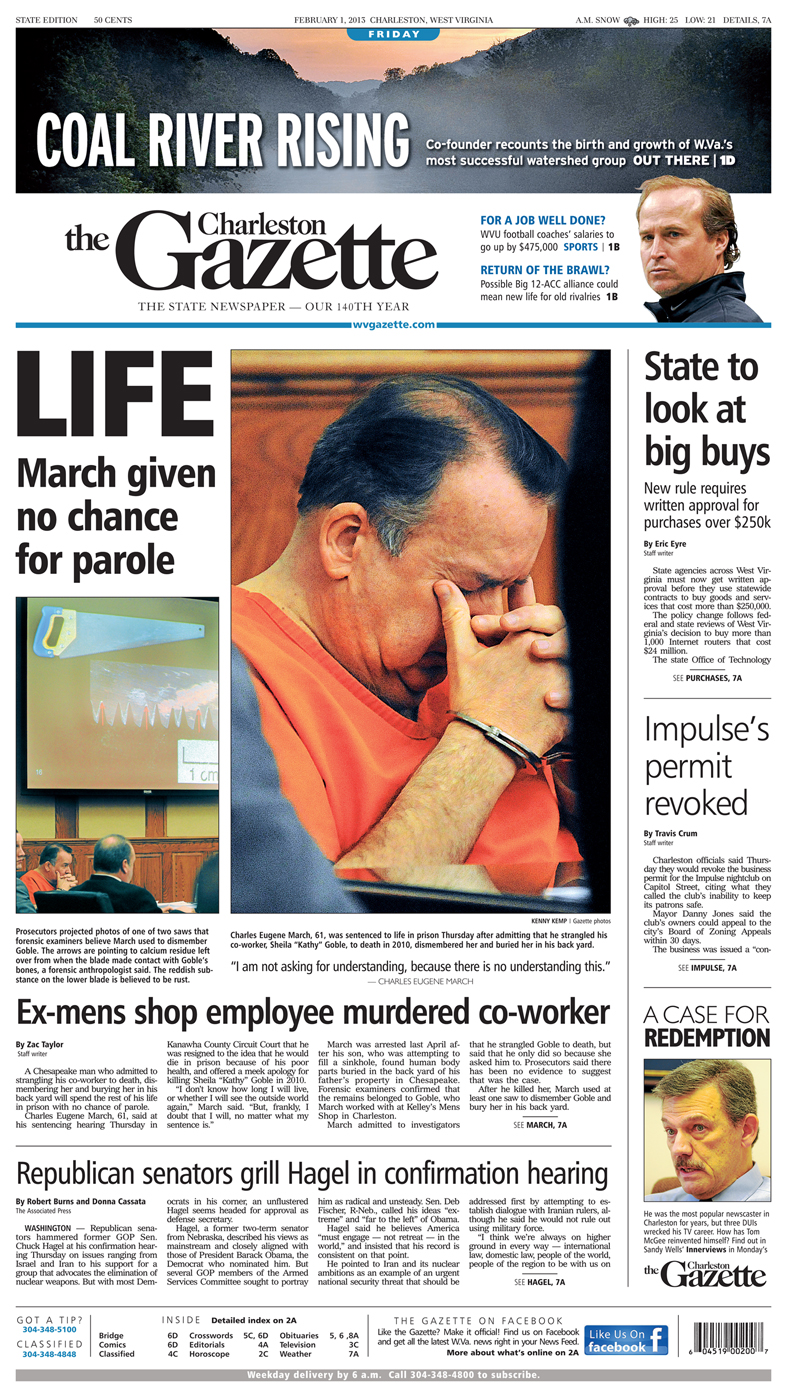