For Part 10 of the Houston Chronicle’s Mission Moon series — which dealt with NASA’s future — I wanted to make the point that the agency has been given a mandate to go back to the moon and then to Mars. But without a major infusion of cash, that’s not likely to happen. NASA’s current appropriation is about a third of what it was during the height of Project Apollo — when adjusted for inflation. 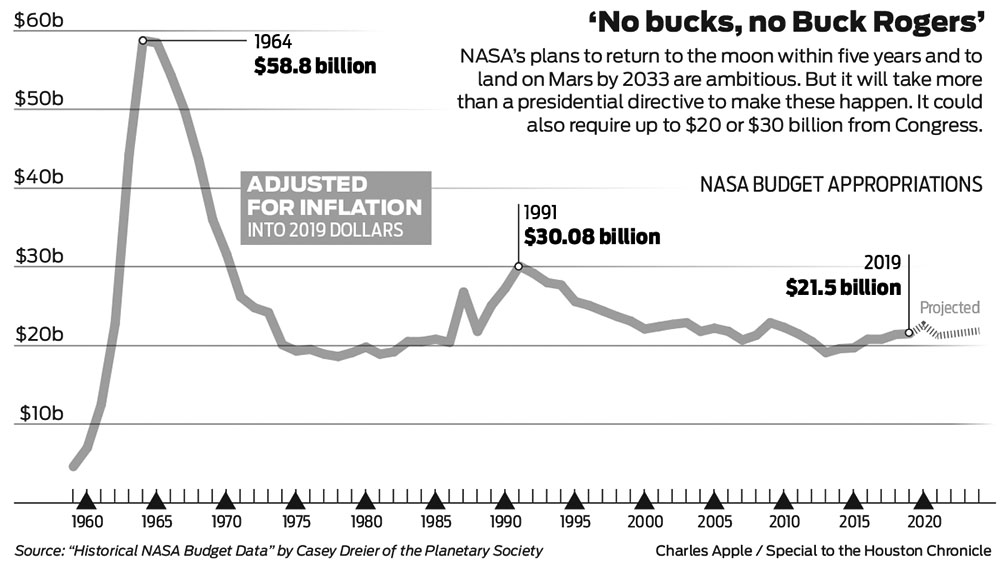