The Chronicle’s wonderful science writer, Eric Berger, wrote a great piece for the Sunday paper on exploring the red planet and reasons we’ve never made that happen. The peg: A new movie comes out Friday starring Matt Damon in which he plays a NASA astronaut on Mars. Eric wrote these five obstacles to exploring Mars. Initially, I had hoped to do a cartoon illustration for this but I decided to take the safer route and go with a photo illustration. Sept. 27, 2015 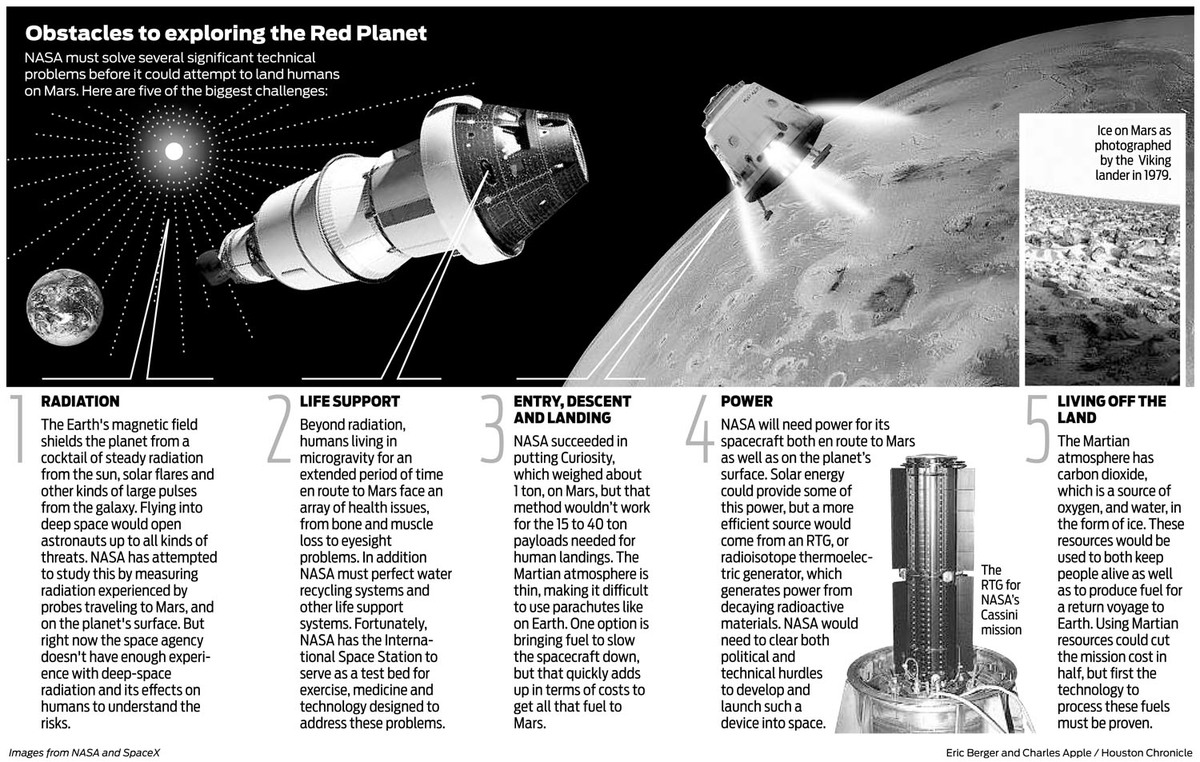