Now, THIS was a lot of fun. Part four of the Houston Chronicle’s epic 11-part series on NASA’s first moon landing 50 years ago looked at the effect the moonshot had on pop culture. I was asked to compile a list of space-related — and especially NASA-related — movies. I pulled in the obvious ones — “Apollo 13,” “The Right Stuff,” “Hidden Figures” — but also stretched just a bit to include surprises like Don Knotts in “The Reluctant Astronaut.” In that one, NASA wants to prove to the world it can send ANYbody into space, so it sends a janitor from the Manned Spacecraft Center in Houston. 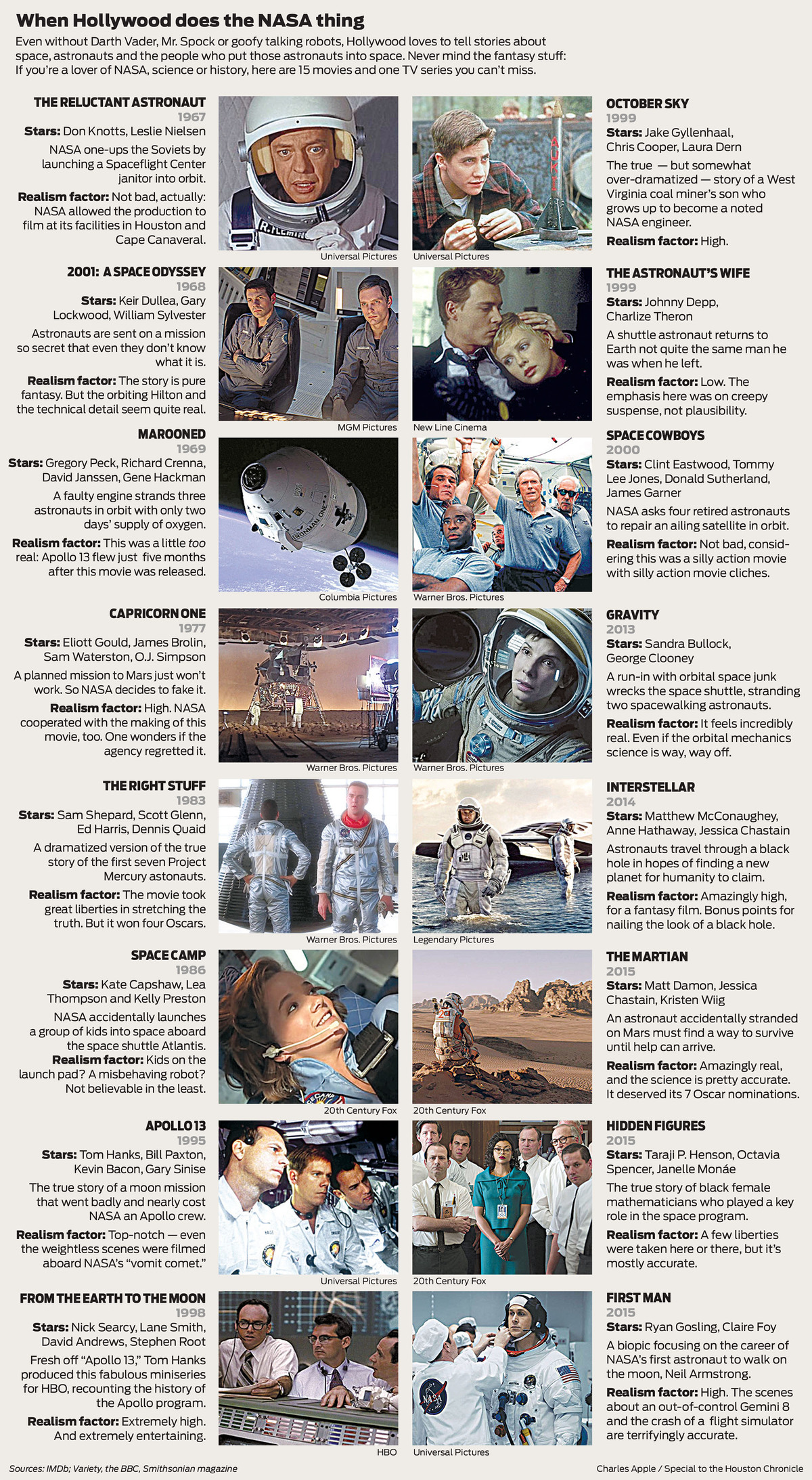